Yonks ago I featured an obscure set of snap-together plastic molded cars marketed by Topps with an even more obscure set of cards. Issued in 1970, Mini Model Cars was a set manufactured elsewhere and, as it turns out, not necessarily for Topps.

Here is my own Mini Model Car: 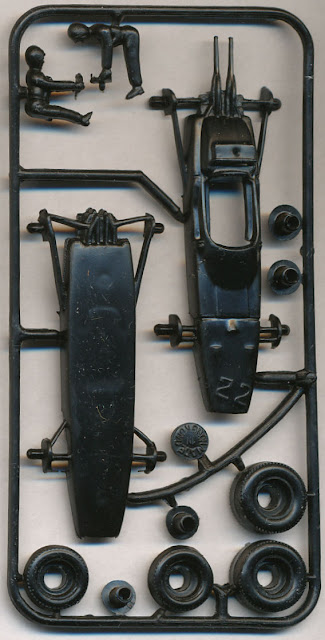 And here is one described as a Mexican cereal in-pack premium: 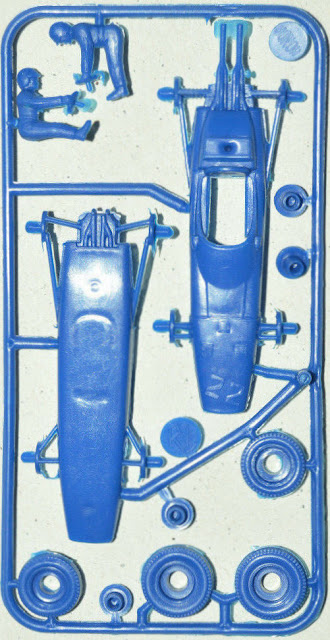 It's clearly from the same mold and the "22" hood stamp matches; mine may be missing one little piece, or not (hard to tell as it looks undisturbed).  Here's another, different model from the world of cereal: 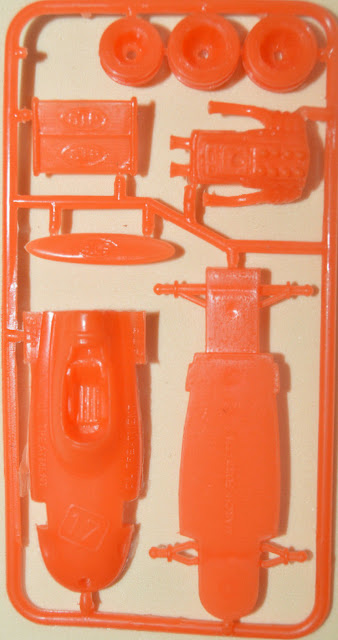 I've seen some in pastel colors but I think they are modern repros.

Well some recent Facebook posts and eBay auctions may have possibly uncovered who produced these - an outfit called Tinykins.  Tinykins was a Marx Toys brand in the 1960's that was the Funko of its day in a way, issuing sets like this one featuring the Flintstones and other Hanna-Barbera cartoon characters, which I found over at the Hanna-Barberawiki site: 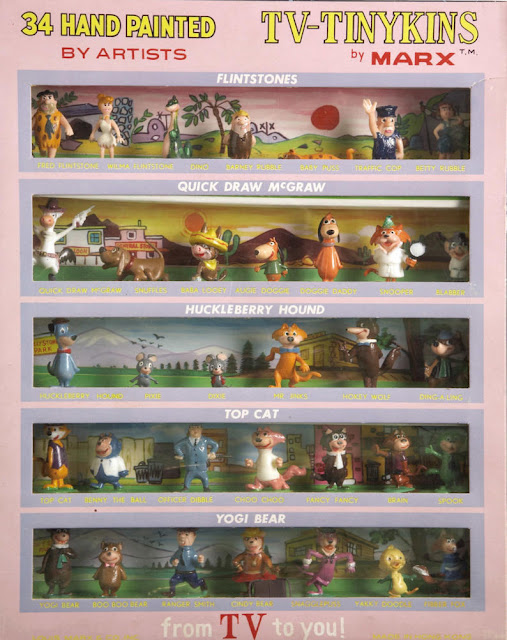 Yeah, you want that bad, I know I do!

But I'm not sure it's the same brand used for the cards but some auction listings reference Tinykins Formula One racers and some also mention 1971 as the year of issue.  I'd feel better if I could find a cereal box image advertising them but some cars are offered by sellers in Mexico.  However, it's very much worth noting Quaker Oats bought Marx Toys in 1972. For now, this is where things stand.

I wonder what the TV-Tinykins cost back in the day. That looks impressive for the late 1960s

I think it could be a display piece for a Toy Show or large store.

I stand corrected, the larger variety was sold in stores.