Following last episode's star-studded 1969 Baseball Deckle insert extravaganza, there is still a deckle insert from north of the border to discuss.

In 1970-71 (likely the latter) the second series of O-Pee-Chee hockey cards hit the rinks and featured 48 deckled inserts. Actually, deckled is a kind term as they appear almost to display torn edges to my eyes: 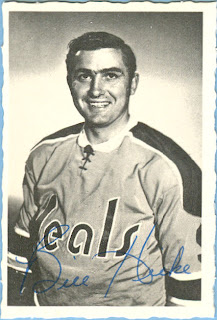 Measuring 2 1/8" x 3 1/8", these followed the lead of the '69 OPC deckle baseball inserts and had no gloss to speak of. The reverses though, were printed on better stock than their Canadian baseball brethren: 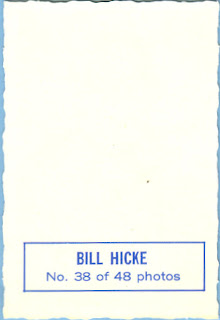 The wrapper, which features some killer graphics and a photo of an ersatz Gordie Howe deckle (a different photo was used in the set), is far harder to find than the inserts: 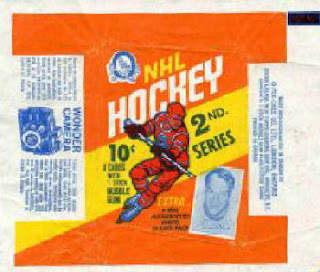