What makes something super? Is it the powers bestowed upon a small child has after his home planet of Krypton blows up? Or is it an event so large half the planet stops to watch a football game? Well, when it comes to Topps, the answer is: rounded corners!

In 1969 Topps began a three year run of secondary sets they called Super Baseball. The first of these shares dimensions with the previous year's game card inserts at 2 1/4" x 3 1/4". 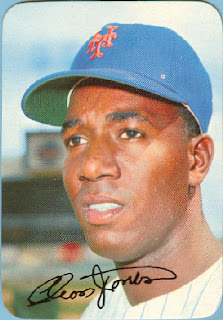 The back uses the sparest of elements to give a little more information, a staple of what Topps considered to be their photo quality sets in the 1960's: 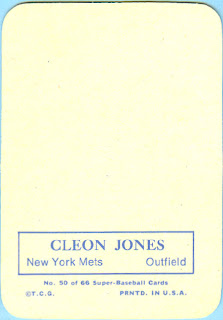 Quite simply, they are one of the nicest sets Topps ever produced and are avidly collected. The back story on these is that a large hoard were destroyed in a fire at the Card Collector's Company (owned by Topps art director Woody Gelman) in the 1970's and it consumed enough inventory to forever skew the supply of these to the hobby. That may indicate they sold fairly poorly at the time of release or it may not. I find the 69's to be reasonably available but hotly pursued; you could but together a set in a few months if you had enough money.

The good news is that cards from this set are found more often than not in nice shape. They came in packs of three cards that looked like wax but are described by pack guru Mark Murphy as being cello's. If there was a traditional stickered white test wrapper, it's been hiding for a long time now as I have never seen even a reference to one.

Sorry for the poor resolution on that. Excepting all the cards shown here, which are mine, the rest of the scans are from a potpourri of auctions over the years. At least one proof sheet has survived the past four decades: 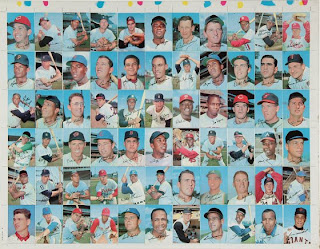 All 66 cards are shown on this great sheet. The crazy carnival colors at the top are a mystery to me. There was also an insert set of Football Supers in 1969 of similar ilk, which I will discuss in another installment.

1970 saw the release of a larger set in size but not number. 42 cards, as thick as tongue depressers were produced in 1970. Measuring in at 3 1/8" x 5 1/4" these suckers were sturdy! The Boog Powell card (#38) is widely believed to be short printed, although I consider it more likely to have been in a position to suffer damage during production. These big supers were produced on 63 card half- sheets, which allows for three full sets over a full 126 slot array. As seven or eight other cards are believed to have been short printed as well (nos. 1, 2, 3, 5, 36, 37, 39 & 40 in addition to the Powell, although opinion varies on No.3 Aparicio), I like my theory of damage control in explaining the short prints as the other four would appear on bottom row of the other proof sheet, for reasons explained below.

These cards feature some nice shots: 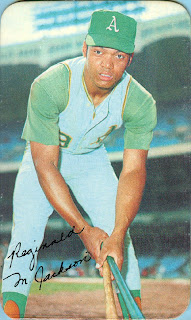 The backs are cribbed from the regular '70 backs, just renumbered. I always loved the cartoon on Reggie's card: 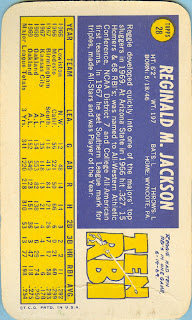 Proof cards are quite common from this set. Here is a front and back of Tommy Harper (#9), showing proofs were likely recovered printer's scrap. These proofs are found on much thinner cardboard as well. 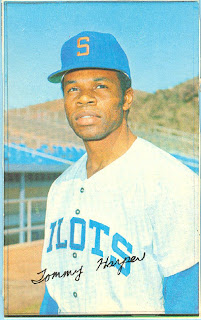 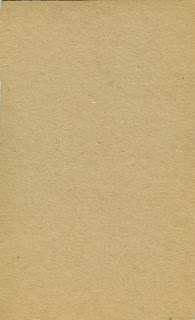 Here is a partial proof sheet showing half the set: 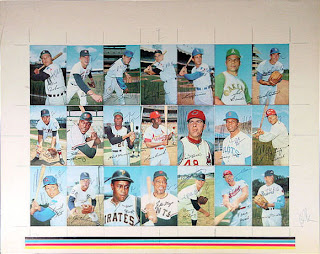 Of the 7 cards in the top row, four are considered to be short prints: Seaver (slot 3), then (skipping Killebrew) Aparicio, Bando and Osteen (slots 5, 6 & 7). Their top row status reinforces my damage theory I think. If you go right to left, from the top row to the bottom, the 21 cards shown here are in consecutive order. Following this logic, the bottom row of the other proof sheet would contain all of the SP's in the last batch of 21 cards (36-42).

1970 Supers were first tested in a white wax wrapper, an example of which I have never seen and must be quite rare. The 1970 regular issue pack leaves no doubt which decade it is from and held three cards: 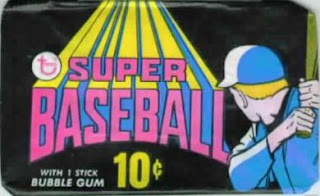 This pack was reused in 1971, when a 63 card set was unleashed. The 71's are harder to find than the 70's by about a 4-1 ratio in my experience, which makes the accepted pricing of these odd since the guides tend to show the reverse. There are no reported short prints in '71 so the production issues must have been ironed out. I find the 71's to have some of the best photography of just about any Topps baseball set ever issued. Check out Boog: 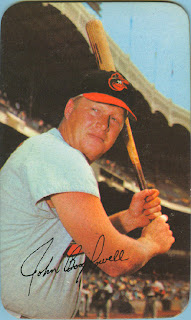 You get the classic old Yankee Stadium backdrop and a great shot of the Orioles smiling bird cap logo at the time. How great is that?! The backs are rehashed regular issue backs. 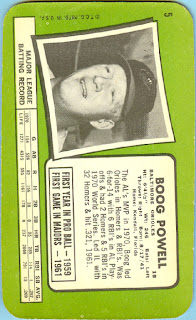 A box proof came up for auction a while back, check out the graphics: 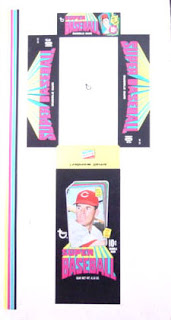 I remember buying cards from both of the big sets when I was a kid and that they were quite popular. I don't think that is the case today as storing and grading of such thick slabs is considered problematic by many collectors. Since I tend not get get cards graded and use 4 pocket PC sheets to store these, I happily disagree with the prevailing sentiment.
Posted by toppcat at 7:56 AM

Typically the colors at the top and/or bottom of a full sheet of cards are to ensure that all four colors get put on the sheet in the printing process. Or something like that. I'm not 100% sure, but it's part of the printing process. You'll see them on a lot of full color larger prints/posters/uncut card sheets.

Now I've never seen them as blotches like that before. Usually they're lines or boxes or some such. Comic books used to have them on just about every page.