While Topps moved their gum production and card cutting, wrapper wrapping and pretty much everything that wasn't nailed down from Brooklyn to Duryea, PA in early 1966, it took three more years for their packaging to reflect the fact. If you took a peek at the bottom of a box or a wrapper flap from 1966-68, it would show Topps as a Brooklyn company.  That changed in 1969, for reasons that are not clear to me but which probably had something to do with a tax advantage. Topps still maintained their executive offices in Brooklyn after the move, where Sy Berger and Woody Gelman worked along with dozens of other people but that was pretty much it.

So when did the change happen?  Well, right in the middle of the baseball card run it seems, although like everything else associated with Topps, it's complicated.

The regular nickel wax packs in 1969 all showed Brooklyn when they debuted. Here is a basic pack, from either the first or second series, although it could be a high number pack as well: 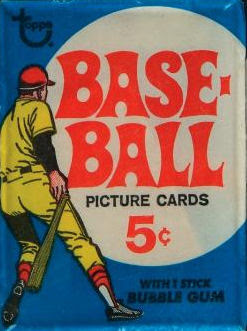 You can see that Brooklyn (or, rather B'KLYN) is shown for the Topps address. 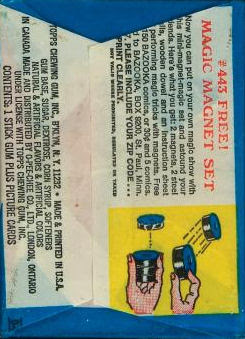 It's the same with the 3rd and 4th series pack, which held the Deckle inserts: 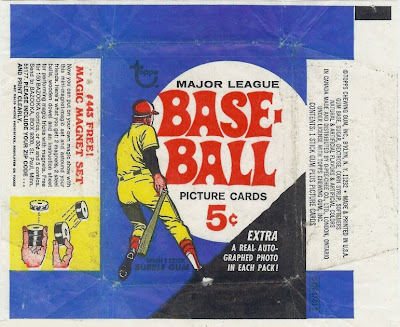 But not the the 5th series pack, which held the little rub off decals: 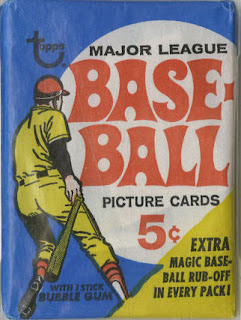 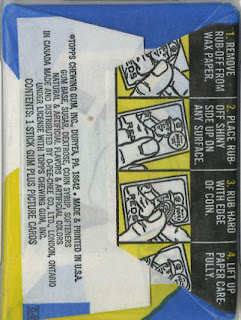 That says Duryea folks!  As a bonus, I never realized there were instructions on how to rub the rub offs before researching this post. The change in wrapper graphics to show the instructions may have prompted the switch to Duryea (the fronts would just have been overprinted with the triangle splash on the earlier wrappers). 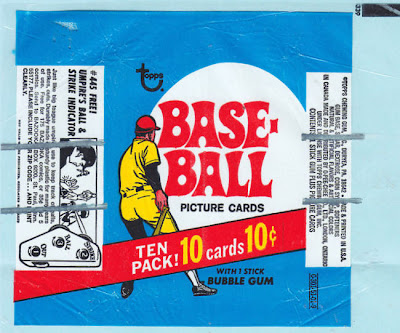 The problem with this cello pack is that it was sold at least from the first through the fifth series.  I can only find Duryea versions but can't confirm a Brooklyn cello is not out there.  As Topps liked to issue a new series every six weeks or so back then, the fifth series would have hit the streets around July and been printedat most a month or so earlier.  But almost every other '69 wrapper I can find shows Duryea, whether it be the Baseball Posters, Man on the Moon or Football.  I'll have to keep looking but Topps issued a lot of sets in 1969! For the record, the '69 Bazooka box shows Duryea.

Any Archivists out there who want to help out, send scans to the e-mail address at the top of the frame.  Just beware, some sets identified in the guides as 1969 issues are really from 1968 (like Planet of the Apes).

Incidentally, 1966 also marks the beginning of Topps production codes, sometime in the late summer or early fall, which are quite useful for dating certain issues but would require me to use a slide rule to explain and which will be addressed another day.  If that's not enough, the curved Topps logo also debuted once the move to Duryea was made in '66.  So why didn't Duryea replace Brooklyn at that time on the packaging?
Posted by toppcat at 7:31 PM