In 1974, Topps achieved two firsts with their baseball cards.  For the first time, the entire set was available in one long series (although an experiment in 1973 resulted in some areas receiving packs for part of the year that could have all 660 cards).  Topps even inserted a flyer into their wax boxes to alert their retailers although the box flaps should have sufficed, as this old Mile High Card Company scan shows: 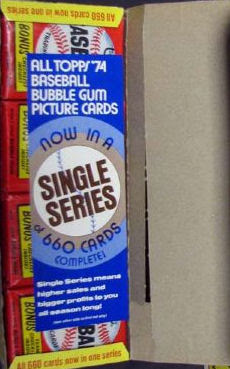 Then, in a move that was ahead of its time for them, Topps introduced a snazzy factory set that also included the year's sorta-standalone card 44 Traded Cards subset (hmmm, that's a third first!).  The box graphics are killer as these scans from the collection of Friend o'the Archive Steve Clark demonstrates: 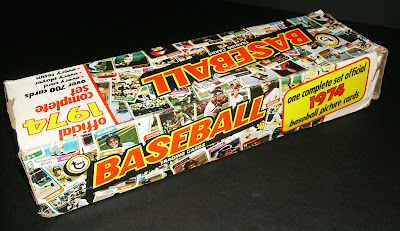 The complete sets were designed to be sold by big department stores and in Christmas catalogs and the like. The fact there was no followup release in 1975 would indicate the idea was not yet ready for prime time.

Here is another MHCC scan that shows the factory goodness of the cards within, in all their zebra-striped, untouched minty glory: 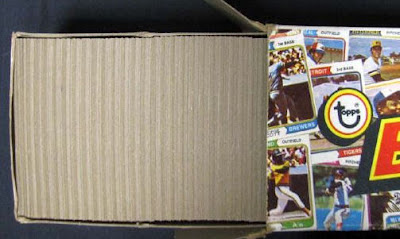 I guess Christmas catalogs and Wish Books became passe around the time the internet too over the world but I used to really look forward to them coming in the mail every year!

What was retail on the set? About $7?

Beautiful set. Been one of my faves since it was first released.