Topps tried a few strategies in the 40's and 50's to get into the "gum nugget" market, which was really the domain of American Chicle, which produced Chiclets and Clorets. We've seen one such attempt memorialized on a matchbook we discussed a few years ago when the initial "ammoniated" foray was just called Topps Gum.  It's not yet certain that version of Topps Gum evolved from their original gum tabs of the same name but it probably did.

American Chicle launched Clorets in 1951 and it looks like Topps countered by changing their nuggets of Topps Gum to a brand called Clor-aid soon thereafter.  Topps also changed their packaging to something too close to that of Clorets and was thrashed in court by American Chicle and forced to withdraw Clor-aid from the market.  That is a lengthy saga, which I am still disentangling but in the meantime I found a Clor-aid matchbook, which now resides at the Main Topps Archives research Complex:

Some multi-packs of Clor-aid can be seen in this photo (which I have shown here before and appears in many places on the web) from a supermarket shelf in mid-1953. They are to the left of the Wings boxes: 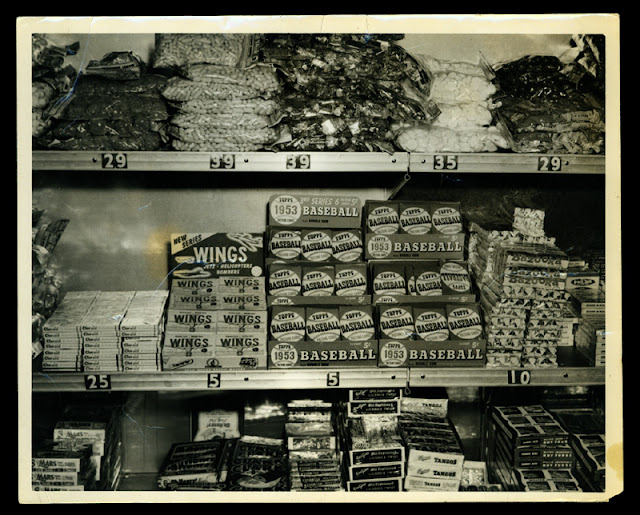