Last time out we took a look at the similarities between the paper baseball diamond included with the bagged set of 1951 Topps Red Backs, that was marketed by an anonymous third party and how it compared to a 1957 Ed-U-Cards game called Baseball that included a very similar diamond.  Well it turns out there was an earlier version of the Ed-U-Cards game called Batter Up ( and a related promotional set for Cott Beverages) that was issued in 1949 and was one of their first issues.

That game also included  a diamond, although I can only show the folded front panel (for now): 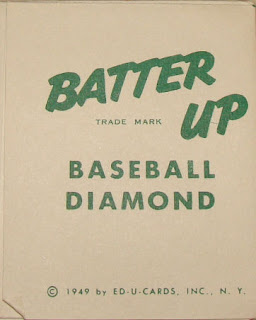 Fellow blogger Mark Aubrey has thoughtfully provided  a hi-res scan of the '57 diamond for comparison purposes: 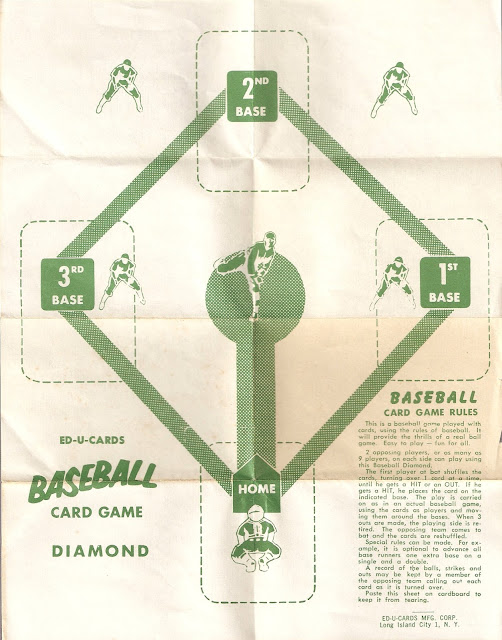 Mark has much more on this over at his blog-check it out!  I'll post a full scan of the Batter Up diamond once I have it in my greedy little hands.

There is more to the Topps and Ed-U-Cards connection-stay tuned!