As revealed in our November 6th episode, in 1965 Topps briefly flirted with a magazine series for kids under the rubric of Topps Fan Magazines. The first of these featured Soupy Sales and if you click back on the link in the first sentence and scroll a bit you will see a copy of his issue, which is #1 in the run.  I wasn't able to secure a mag of ol' Soup but I did purchase a copy of the second (and last) issue featuring that hit TV show The Man from U.N.C.L.E. 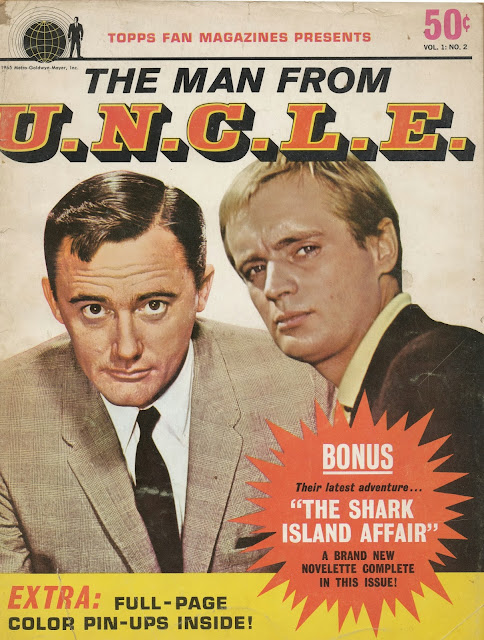 U.N.C.L.E. was a kludgy acronym for United Nations Command for Law and Enforcement in case you were wondering and the show premiered in the fall of 1964 in the explosive wake of the James Bond action thrillers. The first inside page is where all the action is as far as I'm concerned though: 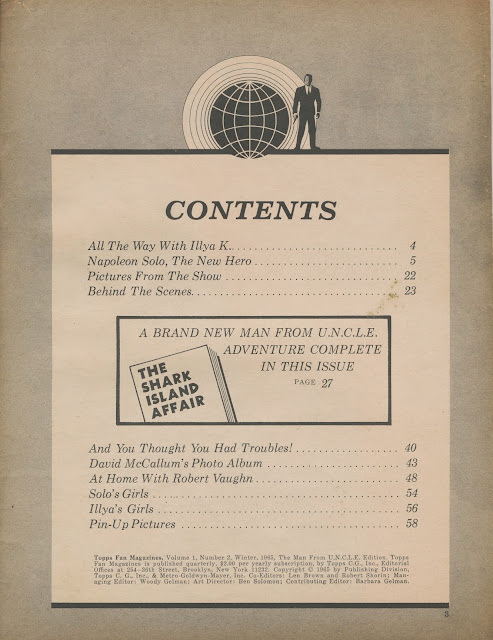 The content is clearly written for boys about 10-12 years old, which is no surprise.  But take a look at that indicia:

Len Brown was Woody Gelman's Creative Editor at Topps in the 1960's and his name on this thing is no surprise but Robert Shorin and Barbara Gelman also appeared as the writers for the Soupy Sales Wonder Book also discussed here in the November 6th post (same click back as before in the first sentence above. The Wonder Book was put out by Grosset & Dunlap whereas this this magazine clearly has Topps provenance, although the "Topps C.G." moniker is clever at hiding their true name.

It would seem Topps and/or possibly Solomon & Gelman's art agency put together the Wonder Book for Grosset and Dunlap as we have previously disclosed Robert Shorin was the son of Topps co-founder Abram Shorin and Barbara Gelman was Woody Gelman's daughter. Woody appears of course, as does Topps Art director Ben Solomon.


The interior of the magazine has at least one shot that also appeared on a card (and likely more but I do not have a set handy to examine in detail): 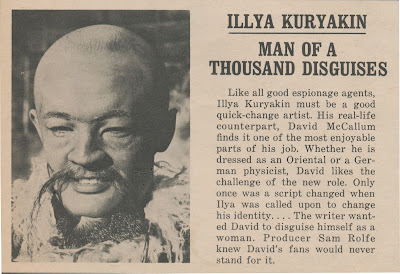 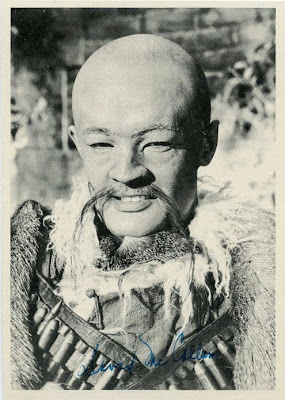 Len Brown revealed in an interview some years back that the Topps Fan Magazines made a profit but not enough of one to warrant continuation of the series.  The two extant issues are a true curiosity in the world of Topps in the mid-60's.