Further to my two previous posts, the always resourceful Jon Helfenstein (of the Fleer Sticker Project Helfensteins) sent along a number of scans that nicely complement my comments about the 1961 and 1962 Topps Baseball Stamps.  I have to admit I've not seen the sell sheets before and they are just super nice. 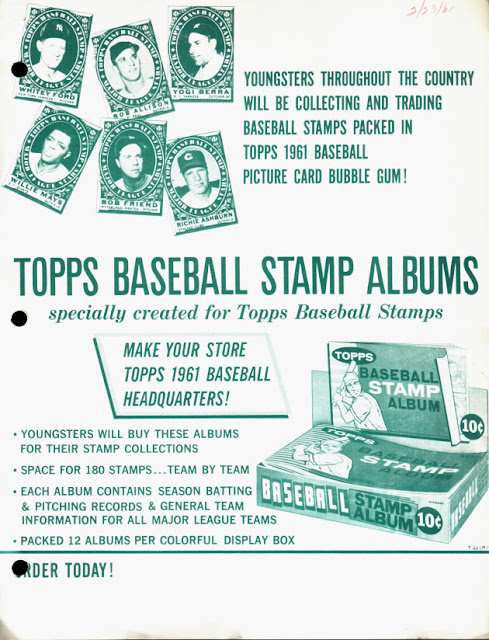 I have to wonder if a brown version of this sheet exists to complement the two color schemes of the stamps proper.  Probably not but wouldn't that be cool?! Nice to see my guesstimate of 12 albums per box was spot on but it appears Topps was 28 stamps over the 180 stamp capacity of the albums. 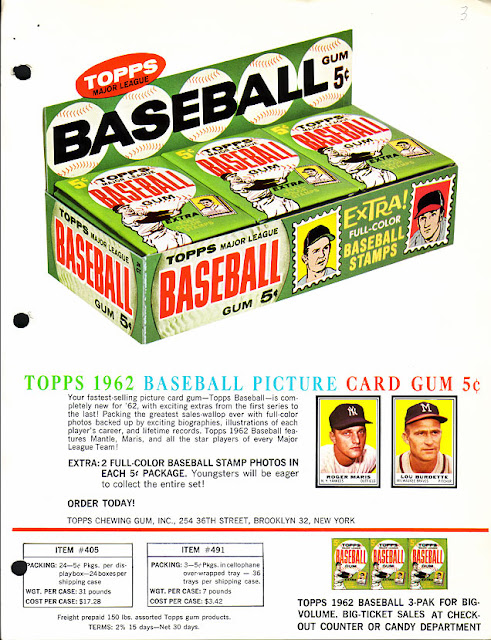 I'm not sure why Topps didn't mention the albums on the regular sell sheet-seems like a missed opportunity.  But wait, there's more, namely the name checked 3 Pak: 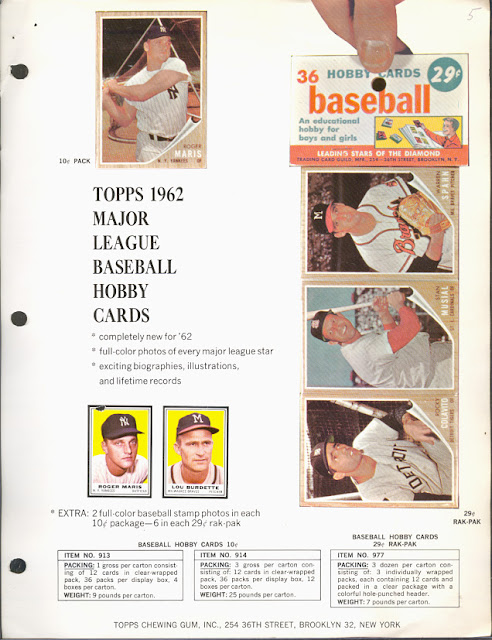 Nice job with the cello sleeve raks (never knew Topps called them 3 Paks but they also called them Rak Paks!) but again, no mention of the album. Speaking of albums, here's the '62: 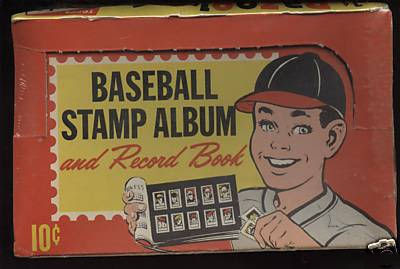 That is one frightening looking kid!

Thanks Jon, for sending over all these goodies!
Posted by toppcat at 8:00 AM

This is just amazing stuff. Thanks for bringing it to us. I confess to a preference for the '61 stamps. I'll admit it is largely due to those being the first inserts I can recall chasing as a kid. My buddies and I all had albums and I remember swapping stamps on the city bus as we traveled to and from school.

And wouldn't that be an cool '62 cello rack pack to come across back then?!?

Great post! Glad I was able to contribute a few items to your review of the 1961 & 1962 Baseball Stamps for you to share with your readers.

Thanks Jon-we all appreciate it!