1969 rolling into 1970 is the first holiday season I can really recall as my 8 year old self became a bit more aware of what was going on around me.  1969 brought the moon landing of course, which I saw through sleepy eyes in glorious black-and-white on a whopping 19 inch screen in our living room on Long Island.  I saw the final out of that year's World Series on the same screen and a brief glimpse of Rowan & Martin (forbidden fruit to me at the time) two days before New Year's Eve waving goodbye to the 60's on "Laugh-In".  From such things spring this post.

There's been an uptick in offerings related to mid-to-late 60's and early 70's Topps packaging lately and I'm assuming a longtime collector is selling out through multiple channels. Box proofs and actual retail boxes from this period are not all that common but during this recently concluded July a bunch have been auctioned off. In addition these show a nice progression from proofing the colors and artwork until the final press run was struck. 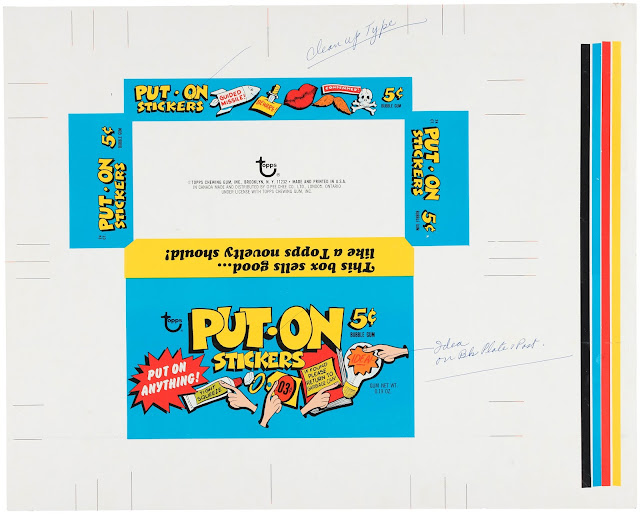 The above box and 33 sticker set would be issued in 1968 and they display the typical Topps humor of the time, i.e. totally awesome!  That's not a final proof but rather one used to make corrections to the artwork.  There's no commodity number yet either, I don't think those were checked for anything but accuracy prior to being added, usually below the rest of the bottom indicia. 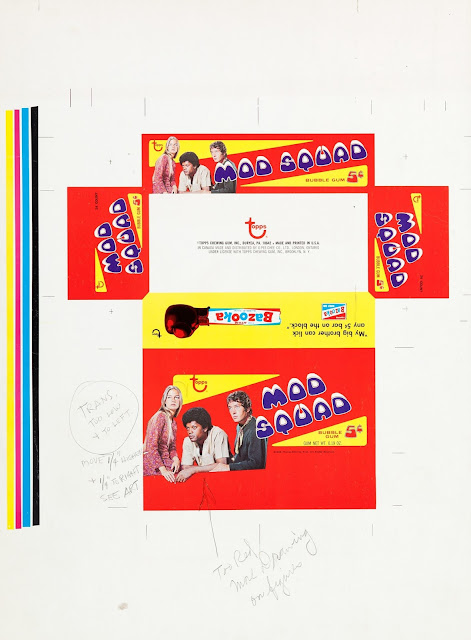 As before, this was a proof used to check before the press run began. If you blow up the image you can see that they wanted to show more of Peggy Lipton's can!  Dig that five cent price point, due to fade out with the 60's for the most part. But guess what-they never used that box!  The retail box actually looked like this:

Next up, a less confusing issue: 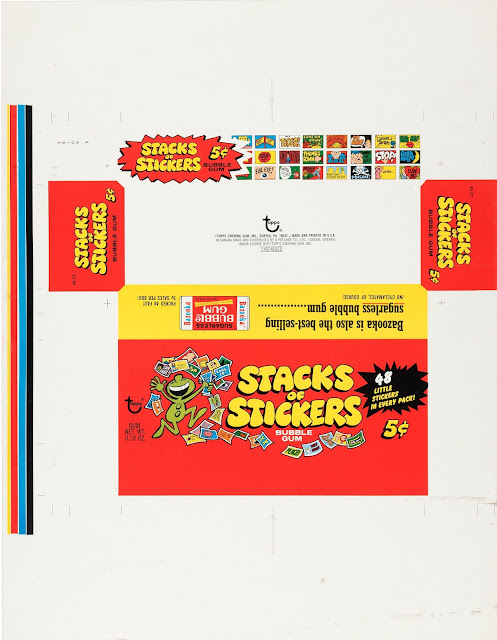 A final proof for this 1970 box I say. That little Martian looks quite happy!

And now, a rare box for a rare set (two actually): 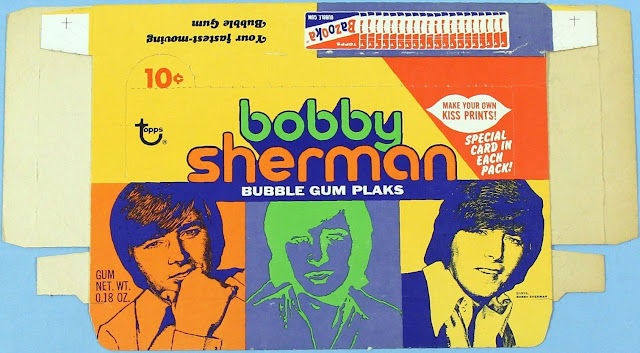 Until now, I had never quite confirmed the Kiss Bobby set came with the Plaks but it sure did. I have a little more here on these, both are quite difficult sets or even types for that matter. 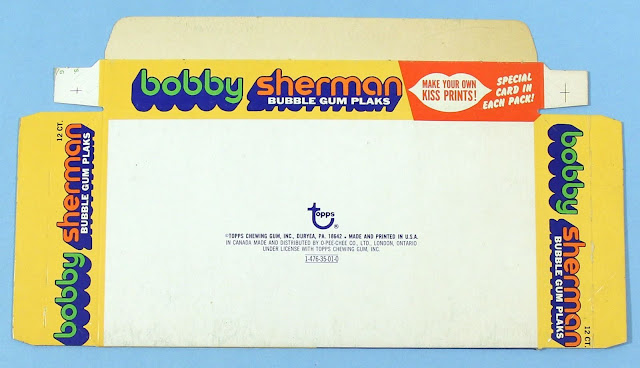 That's a 1970 commodity number by the way, although I do think the set came out in '71 as that's the year his show "Getting Together" premiered on ABC. Commodity numbers (aka Production Codes) refer to the origin year of a set, i.e. when it was green-lighted for production so sometimes a set was issued a year after the code's last digit might indicate.

So that's some groovy, groovy stuff for you all, 50 years after the Summer of Love!
Posted by toppcat at 8:00 AM