A Tale Of Two Trophies

As anyone who collects baseball cards and is also a reader of this blog knows, Topps has trotted out All Star Rookie trophy logos on their cards since 1960, when the players who got the nod at the 1959 Rookie Banquet were highlighted. It's been sporadic sometimes and they've missed putting the logo on a fairly large contingent of players' cards over the years but it's a pretty impressive run.

Here's the trophy logo displayed on Willie McCovey's 1960 Topps card; you can see how it replicates the actual awarded version: 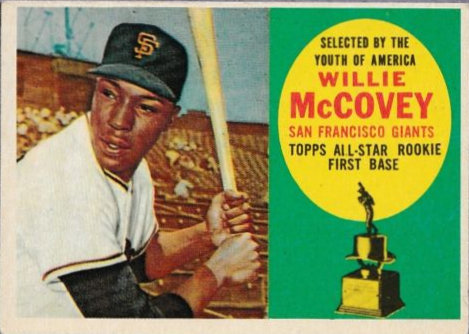 Topps made a game attempt at reproducing the engraved words from the actual trophy on the card but it's pretty obvious they failed.  Jim O'Toole's card had a little bit more clarity but the presentation of the rookie all star winners in 1960 (in a 10 card subset no less) highlighted things well enough: 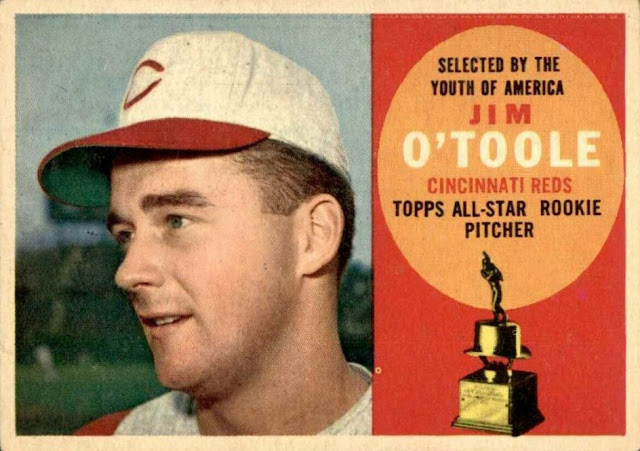 Topps went all out to promote the rookies in 1960 who had won the award in 1959 as they had included millions of ballots in packs for the Youth of America to fill out and send in (and populate the burgeoning Topps marketing databases with valuable information). This is the 1960 ballot but the one from '59 was very similar: 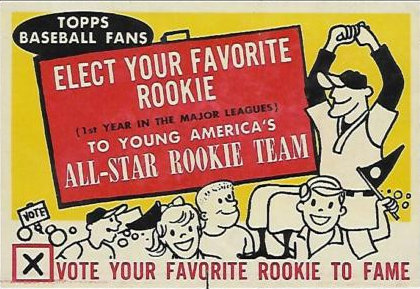 The in pack ballots would be eliminated the following year but no matter, the annual tradition of crowning an all rookie team after every season was already well established and, in fact, continues to this day.   By year two though, Topps came up with a more familiar way to honor the 10 players who won the award for 1960: 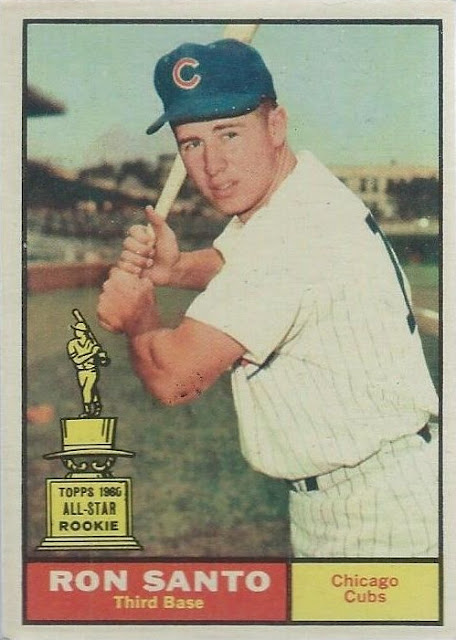 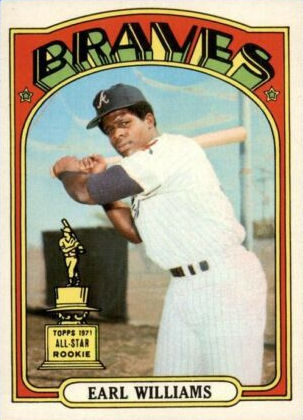 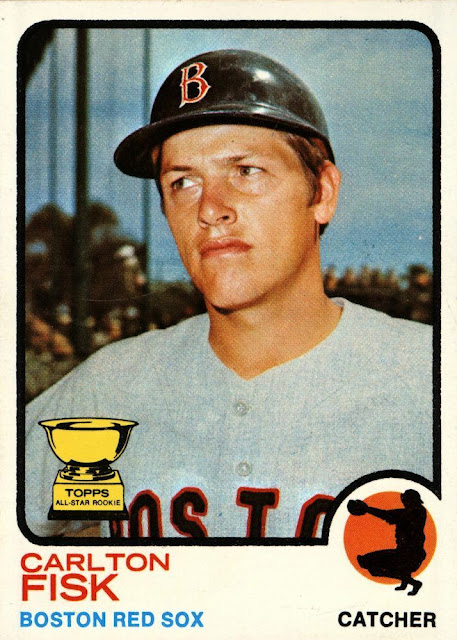 So what happened?  Two theories emerge:

1) Topps couldn't get the "top hat" trophies made any more, or
2) After the company went public in 1972, they cheaped out.

I'm really not sure which would be the correct theory but I suspect it's #2.

The trophy itself now looked like this (nice photo Heritage!): 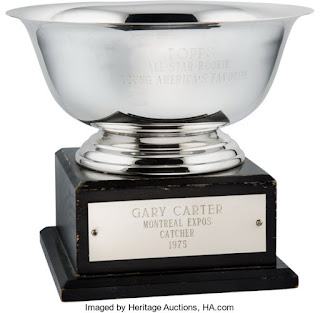 The year designation was gone in '73 and things got generic right quick: 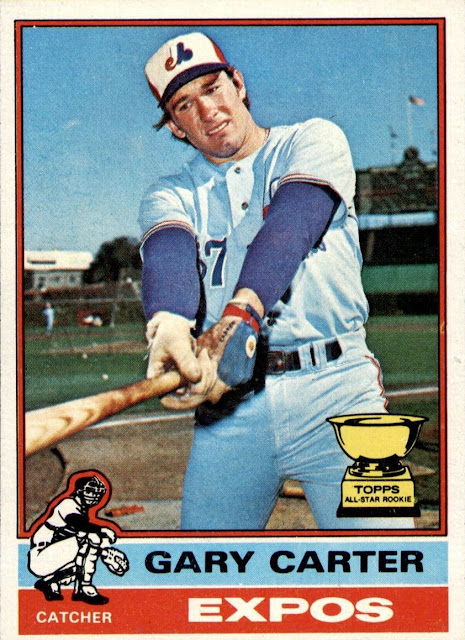 While the major league winners are well known, the banquet and associated awards and recognition programs went deep into the minors and even into scouting territory.  The minor leagues are where Topps got the inspiration for the new design of the trophy.  Here check it out: 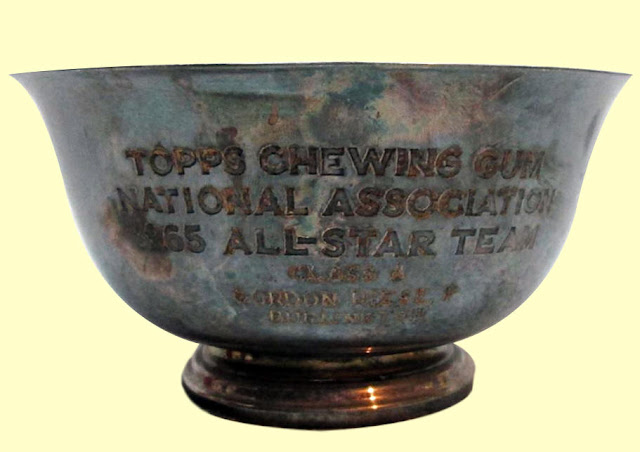 that is pretty cool how the trophy got called up to the bigs. Great article.