Here's something you don't see every day, an uncut sheet of the 1969 Deckle Baseball inserts: 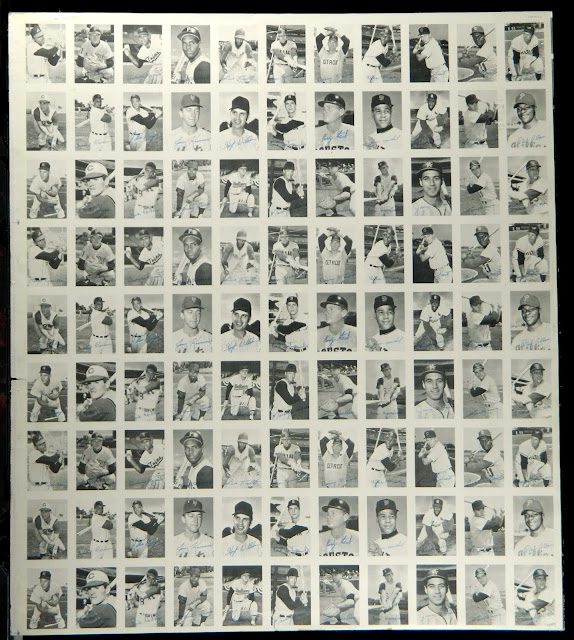 I suspect there should be three more rows at the bottom and you can see some funkiness at the top right side border but it's an impressive sheet no matter. A full 33 card set is printed over the course of three rows and with the sheet having both the Wilhelm and Staub cards, we know this was part of the initial press run as those two were replaced by Jim Wynn and Joe Foy respectively, thereafter.
Here is a 66 card proof sheet, also from the first press run-note the grayscale color bars (and blue for the fake sig).  There's also handwriting along the top and some arrows along the edges that must have been added by one or both of  Ben Solomon's or Woody Gelman's teams at Topps. 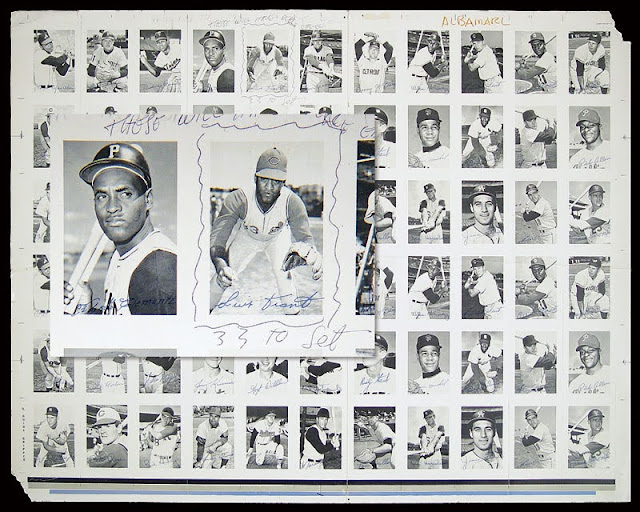 I'm not sure what "ALBAMARL" refers to-could be a specific printer or location of one (say Albemarle, Virginia), or perhaps a note as to the glossy finish or even something else entirely-hopefully someone can comment. The red color of that note matches Woody's predilection in that vein and he also indicated what the deckling should look like (kinda) by drawing it around El Tiante!   However the "33 to set" notation looks like it could have come from Ben Solomon's hand: 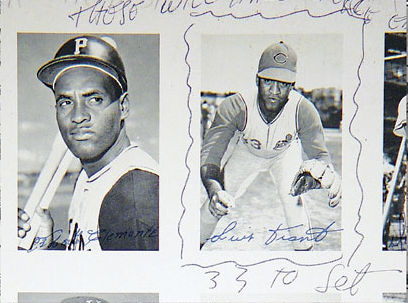 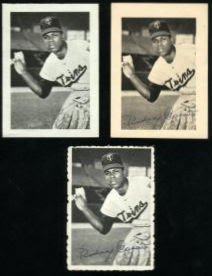 And a little more (or less) for Richie Allen; check out the rounded corner version, like the Game cards from the year prior:

There's certainly plenty of nuances in what looks like a plain-old insert set, isn't there?