Your humble blogger won a sweet lot of two old Bazooka premium catalogs the other day and they have now arrived here at the Topps Archives Research Complex.  Check out the mailing address on the label, it shows the premium enclosed (#105, of which more below) and, as a bonus, the visage of the original Bazooka Joe.  I can't believe this envelope survived all these years but it did: 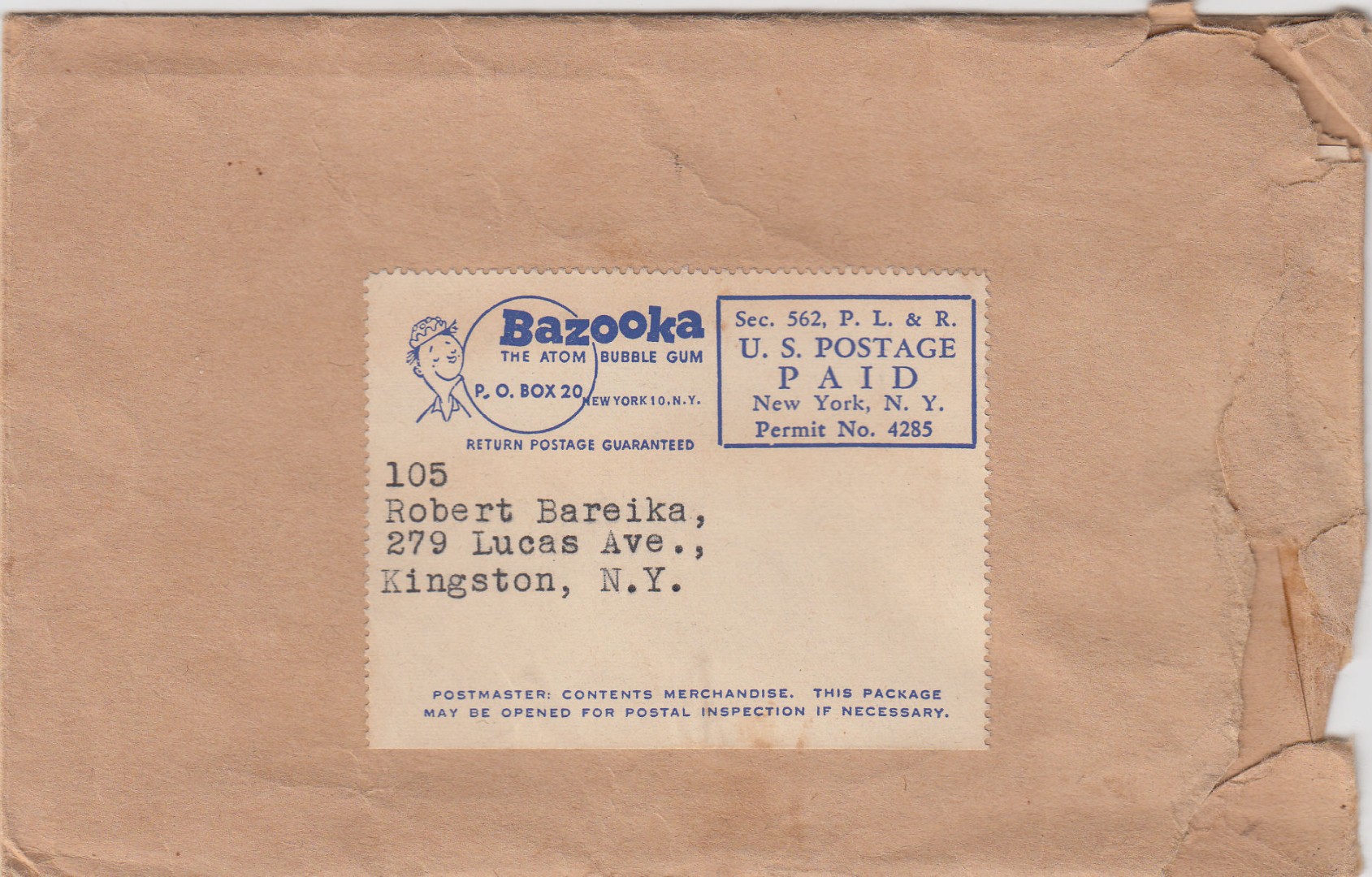 There were two paper items in there as well. One was a Bazooka College Collection Pennant Club catalog, resplendent yet refined in black ink. I previously showed the blue ink version here and as noted previously, there is no numbering of the pennants on the black ink version like there is on the blue.  I suspect Sid Luckman's star billing had a lot to do with his being an Erasmus High student as the Shorin family would have had several of their children grandkids/cousins/etc. educated there over the years and Woody Gelman was also an alumnus.  Woody, if not already working at Topps when this catalog was put together, was certainly working on their account along with Ben Solomon at their co-owned art service. 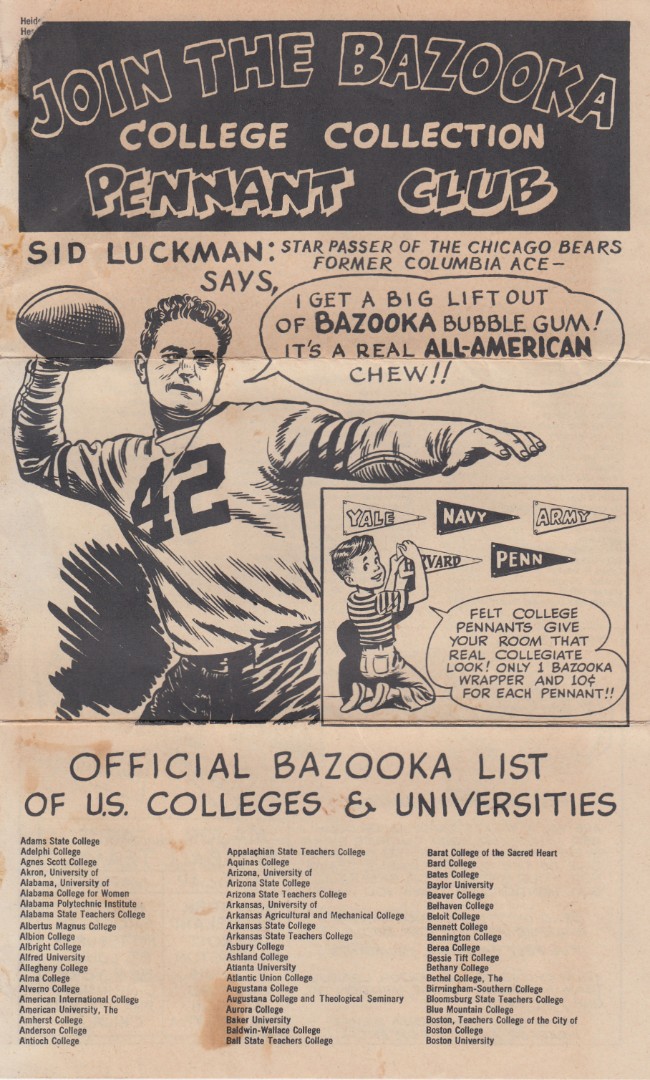 The baseball pennants and emblems would be the same ones offered on the early 1950's Topps wrappers: 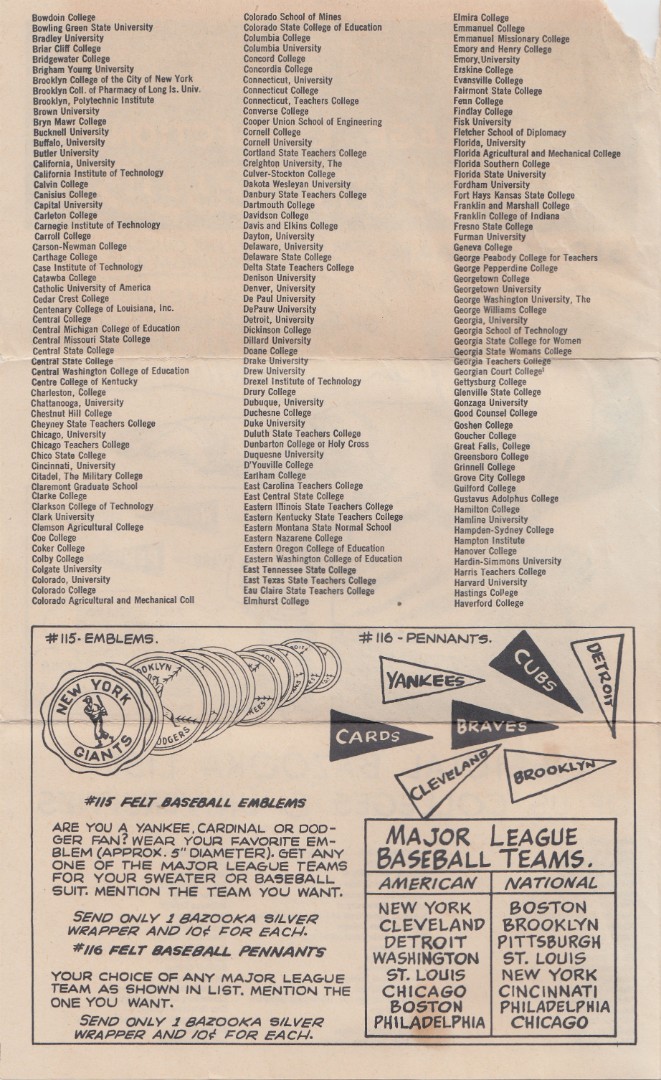 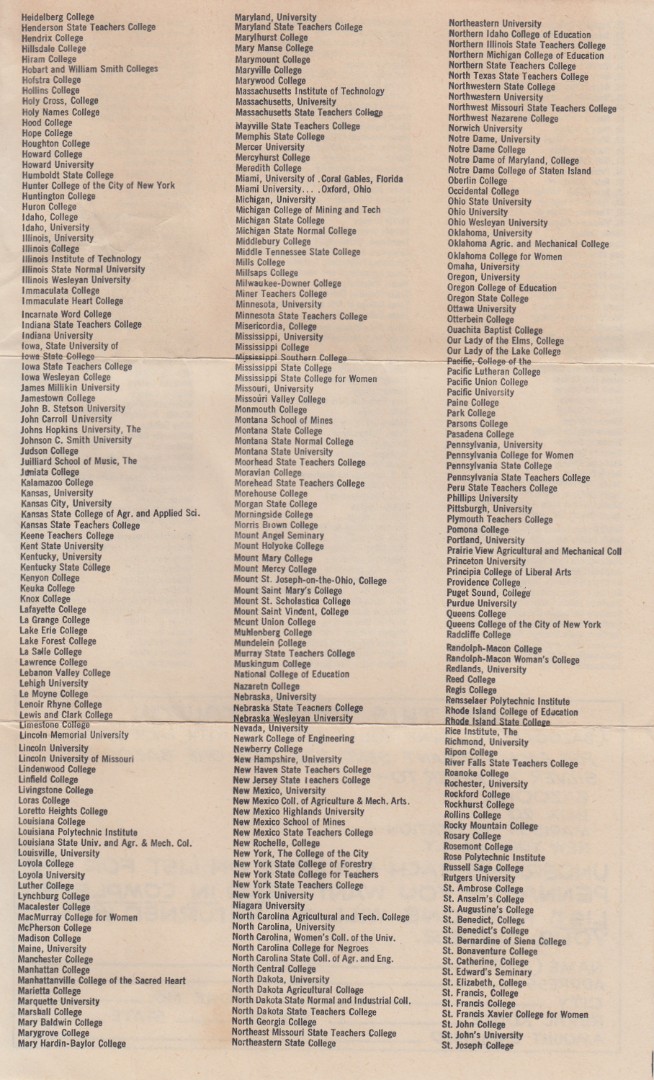 Riding along was this sweet Bazooka Premium catalog, which I think is only their second one and the first only had eight premiums.  "Bazooka The Atom Bubble Boy" was featured in comic book ads from mid 1948 to mid 1950 but the panels along the bottom seem drawn just for the catalog: 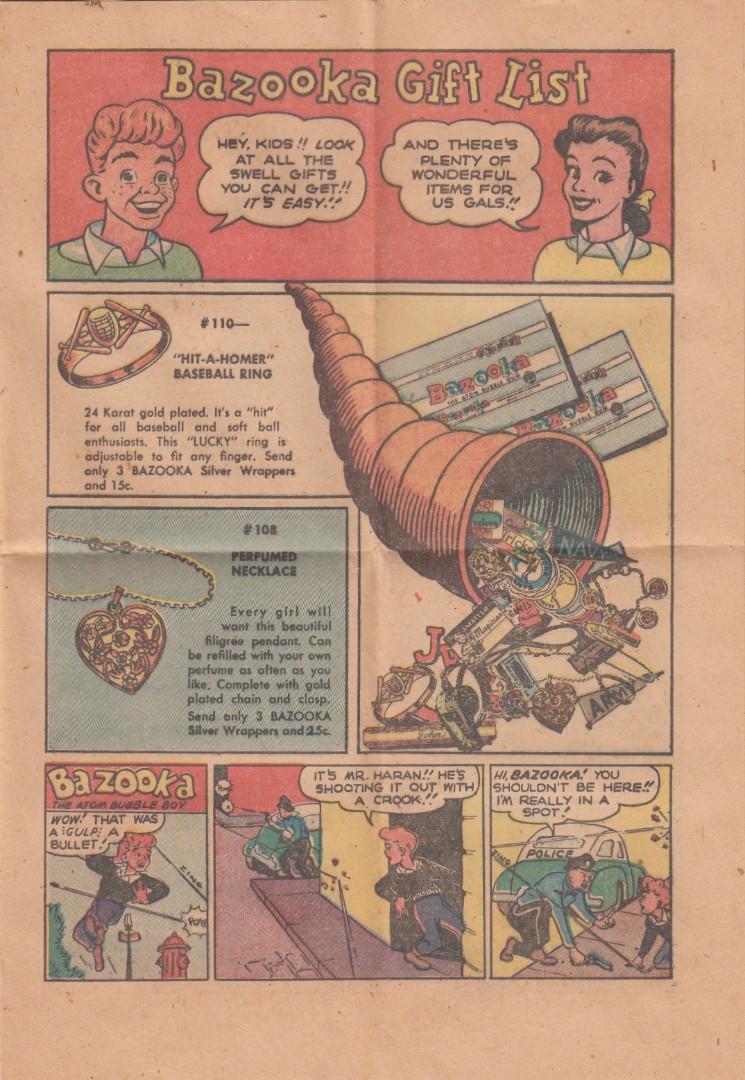 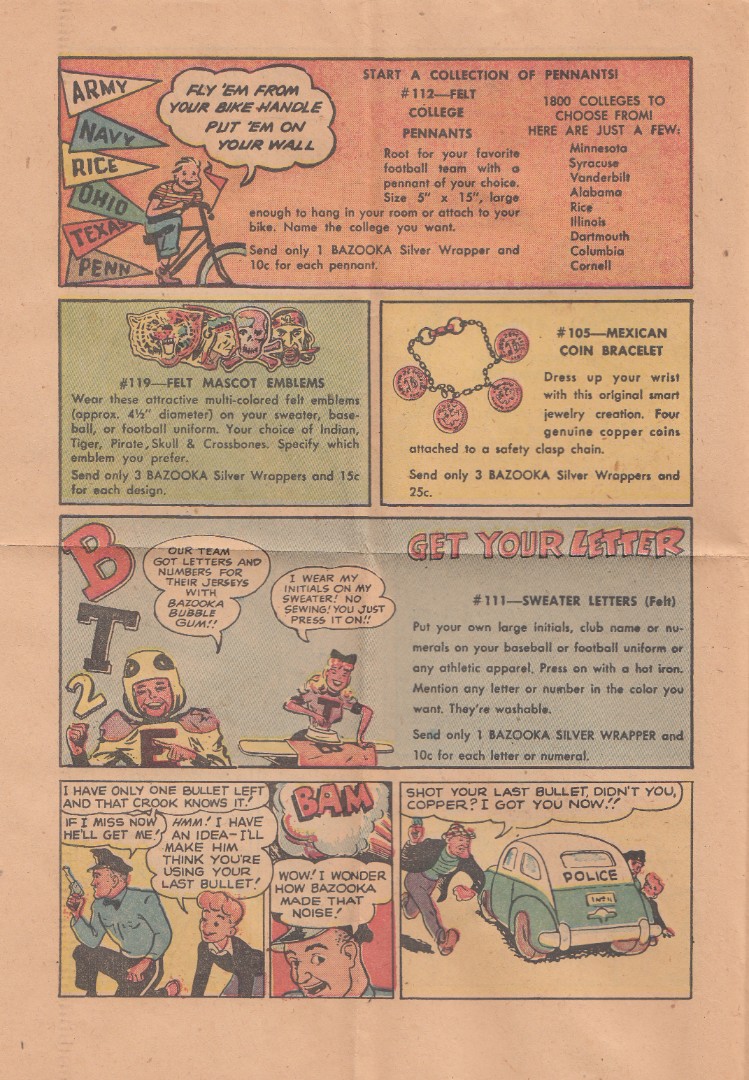 Such a clever lad, that Bazooka and dig the O. Henry ending-he usually blew a ginormous bubble, chanted his name backwards (Akoozab! Akoozab!) and flew into the sky to perform a feat of lifesaving derring-do. Not here though, turns out he just some used typical J.D. skills of the day: 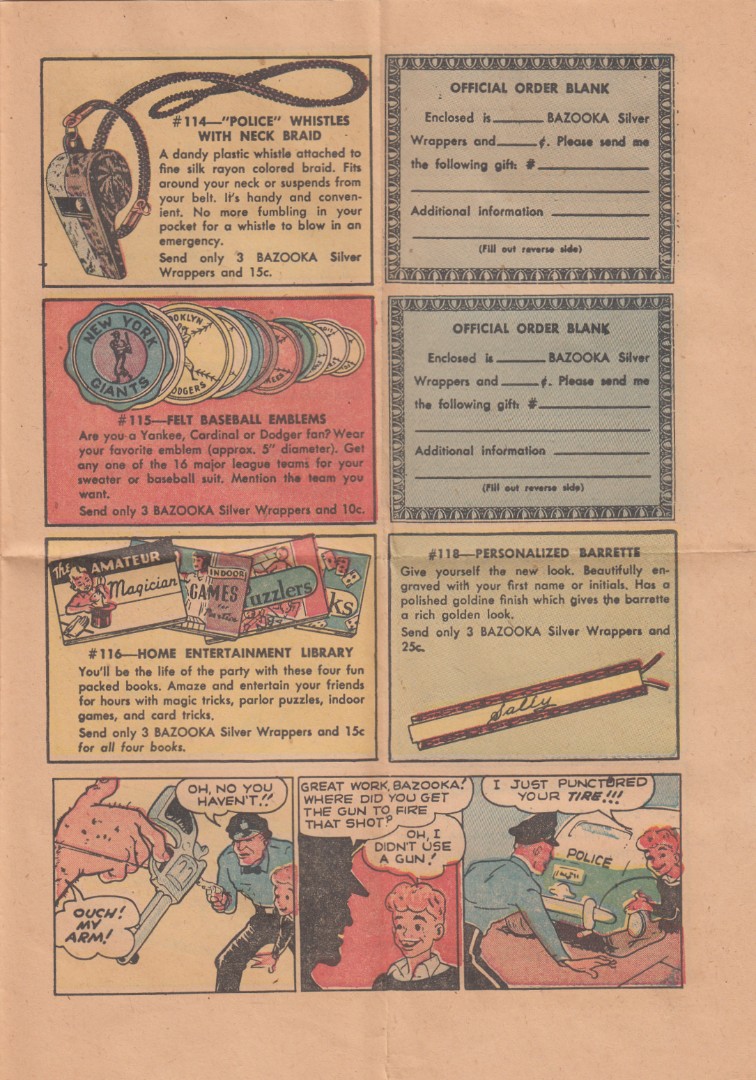 As I mentioned above, the freckle faced kid below was the first Bazooka Joe: 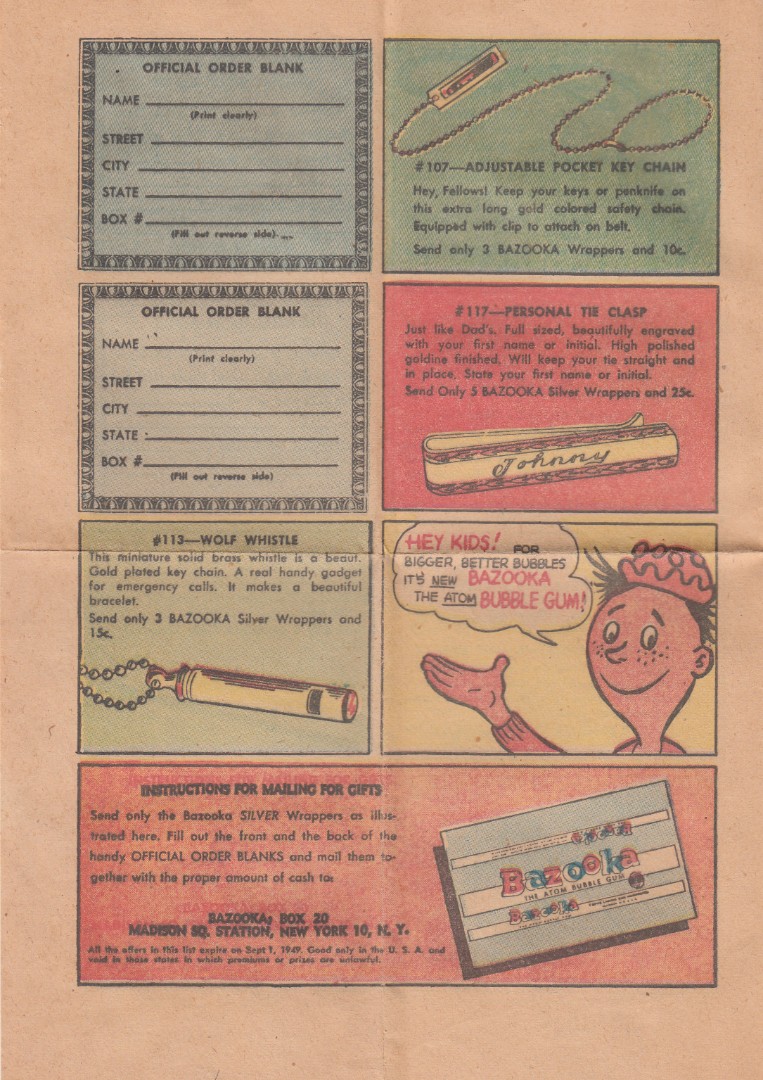 I kind of wish the Mexican Coin Bracelet was still hanging around with the paper items but most of these premiums didn't last too long and those that did have, for the most part, simply been lost through attrition as time marches on.
Posted by toppcat at 8:00 AM

Love the envelope. Have you ever seen a college pennant premium? I'm not sure I have.

At a guess we both probably have but didn't know it. They must have used iron on letters for the more obscure schools. I have no clue what they actually look like.

I'm on the hunt and have a couple collectors that are helping. I'll make sure and follow-up if I ever positively identify one.