One Of A Kind

Topps has produced all sorts of "affinity" and "event" sets over the years, including some I doubt have ever been documented anywhere.  Collectors of a certain age might recall the late 70's Burger King branded baseball sets for example but there's many more, some of which are quite hard to find. I've covered some here already, such as the somewhat infamous Bowie Kuhn card issued for a Saints & Sinners Dinner held in New Jersey in 1971 and the Frank Cashen card they prepared in his honor when the New York Sports Commission named him as their "Sportsman of the Year" in 1992 and threw a luncheon to fete him.

Then there is the 1990 George W. Bush card that may or may not have had a handful of wayward examples snuck into packs (and which had at least two issued versions, one more glossy than the other).  That card's story has been told often and elsewhere; you can read up on it here and also explore some of the related links. It's gotten pretty pricey these days in case you are thinking about buying one.

There's some others though. Wellington Mara and Bob Tisch, co-owners of the New York Football Giants were given the solo treatment in 1997 and 1998 resepctively as they were honored for their election to the Pro Football Hall of Fame (Mara) or efforts raising money for Ronald McDonald House (Tisch).

The Mara card can be found with a little hunting, the Tisch not so much.  Here's Wellington, an original NFL owner's scion BTW: 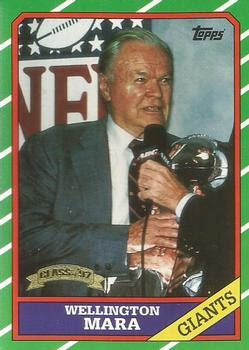 There's nothing sweeter to this Giants fan than that trophy he is cradling. Love the back too: 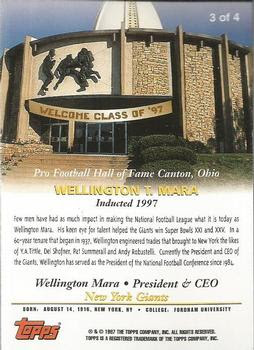 As for Mr. Tisch, we'll let this news article do the talking (I think it was from Sports Collectors Digest): 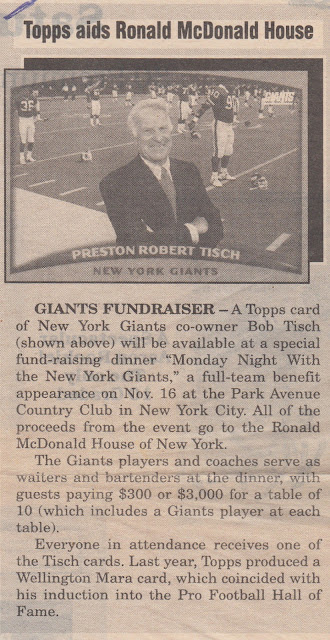 Another fun one is Paul Rudd, who not only got a card but an entire pack in 2014 as the Royals made the first of two back-to-back World Series appearances.  They beat my Mets in 2015 but I'm showing this one anyway: 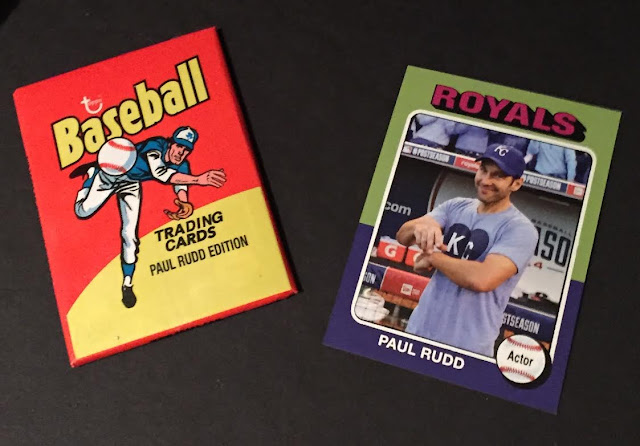 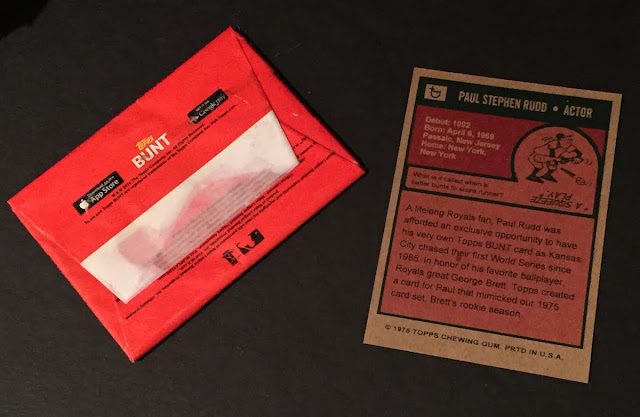 (images courtesy Simeon Lipman)
There's more of these out there, including a Slugger's Wife card of "Darryl Palmer" Topps produced for the movie, which may or may not have been a prop and I need to do some more research on that one and a couple of others.  Stay tuned on those, just not sure when.....
Posted by toppcat at 8:00 AM