I finally have some of the "metallized" 1949 Play Coins of the World in hand and I must say a surprise or two occurred when I opened the shipping package and was able to hold and inspect these little buggers. I'll get to those momentarily but first some housekeeping on this set.

I once thought it to be a 1948 issue but it seems pretty clear to me now they are from 1949 and were probably reissued in 1950. What is unclear though is the set size. Topps' own correspondence shows the plastic coin version of the set was 144 in number (6 denominations x 24 countries), so that count includes the elusive yellow coins (denominations of: 1, 5, 10, 25, 50, 100). Hobby guides, including the American Card Catalog had the count as 120; perhaps this was due to the fact an unopened box of penny gum tabs held that many packs. Meanwhile, the metallized coins issued with Play Money Pops were 72 in number, which I now believe to be correct. I once thought each type of metal could be found with each denomination but after examining those coins personally now, I think not. And what I thought was corrosion on some of the coins in an earlier post now looks like tears in the foil.

Here are the three denominations for the metallized coins:

The gold 100 and copper 50 are close in color but not an exact match; I once thought they were. The country side matches what is on the plastic versions:

Those measure the same 7/8" as the plastic versions. The coin has a thickness of only about 1/12" though. The lot I just received had a lot of severely damaged coins. Once I started looking at them closely, I realized how they were manufactured: 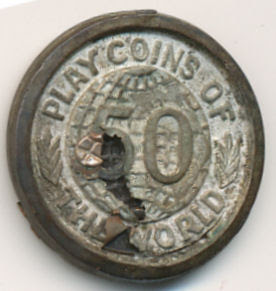 I had to dissect one to see the "metal" coin has four components: a foil layer on each side, a plastic retaining ring and a plastic disc embossed on each side with the details of the coin. The foil flaked off easily, although it was well secured under the rim on each side of this coin: 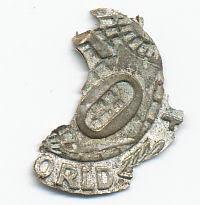 The underside of this layer is copperish in tone: 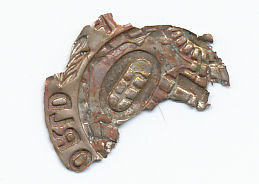 Lurking below was this; it had the look of something from an architectural dig: 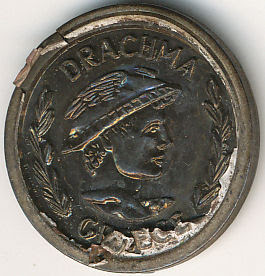 The retaining ring broke into pieces when I tried to remove it as it had become brittle over the years: 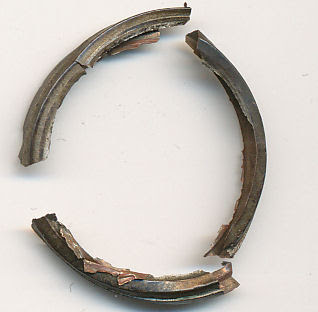 So what lies beneath? Plastic, of course. The same type as the coins issued in penny gum tabs, just darker: Here is the other side: 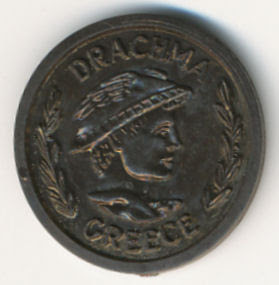 The foil was pressed down so hard during production that it revealed a very legible impression of the plastic coin relief underneath.The plastic retaining rim then was applied to hold the fully assembled coin together. I can't imagine many of these surviving compared to the plastic ones as the foil is so fragile.

I still don't know why yellow coins are harder to find; maybe there was an issue with their coloring but it remains a mystery. So we are left with a 216 coin master set, of which 144 are plastic and 72 are foil coated.
Posted by toppcat at 7:59 PM

Nice collection you have.Museum is the better place where you can put this so as much as people come aware about this story.
rhinoplasty

I would love tpo add them to my collection !