Well pardners, a couple of Google searches with slightly altered search terms has resulted in a really neat shot coming your way in living color.  We first visited Topps 1950 Hoppy Pops about six months ago, where the wrappers for the lollipops were the main attraction.  But first they were the subject of a short article in a trade magazine in their year of issue: 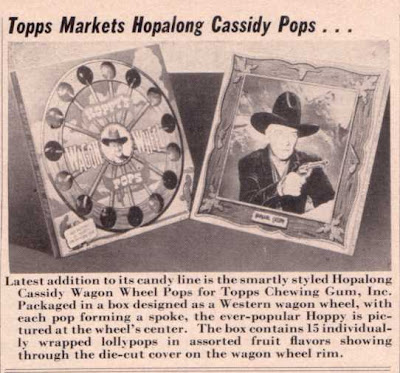 The black and white photo does not do the box cover justice.  Have a gander at this: 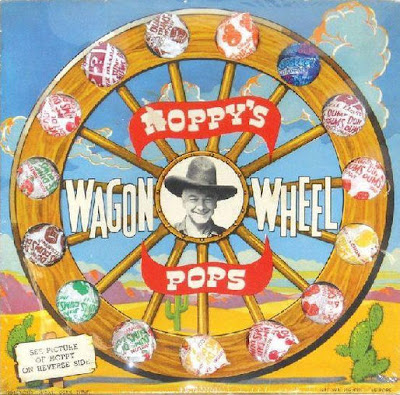 Someone replaced the Hoppy Pops with Dum Dums for the auction (it was sold in 2010 for $720) but this is indeed the box in question.  The back has a nice photo of Hoppy that would have made a handsome display on a feller's dresser: 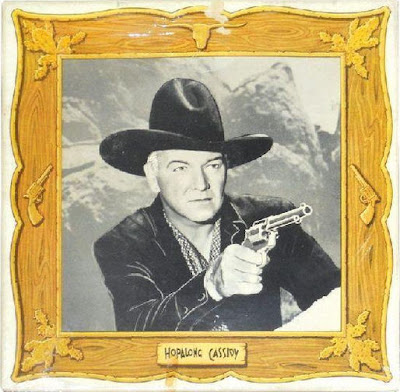 Now, can we find color scans of Rudolph Pops or Santa Pops? You can click that link for Rudolph but I haven't written about Santa Pops yet..  Since Christmas is still eleven months away, an out-of-season peek will have to do: 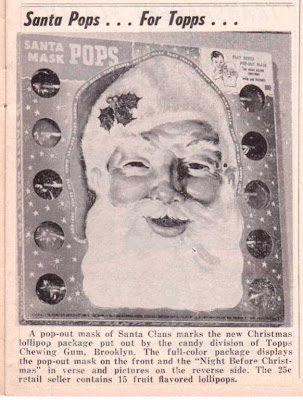