Before I go into the vagaries of the last pre-expansion baseball set Topps would produce in 1960, I thought I would take a fond look back at the cast of characters in the 1958 high numbers once more.

The 1958 checklists, you may recall, were designed to describe five series of 88 cards apiece and end at #440, which I believe was to have been the full set as intended by Topps. Then when the Stan Musial signing gave them the opportunity to rush his All Star card, they jury rigged a quick 55 card high number series that contained the All Star cards and a bunch of players either just starting out their MLB careers or who were journeymen ending theirs, that let them get the cards to market before the football card season kicked off.

I had theorized previously Topps had triple printed the Musial AS and also Mantle's on at least one side of the sheet but am rethinking that a little.

Assuming the extra rows were each on a separate half sheet then any given card, other than the Musial and Mantle AS cards and four pulled commons, would appear at least four times on the 264 card master sheet, while 16 players (the eight leftmost in each "extra" row) apiece would have two additional slots. The Musial and Mantle AS cards would also appear have six additional slots apiece in this scenario while the four pulled commons would stagnate at four appearances.

So the four DP's would be printed 40% as often as the Musial and Mantle All Star cards but so would the rest of the other cards at a minimum except for 16 overprints which would appear 60% as often as the triple prints. You either appear four, six or ten times under this scenario if my math is correct. Pulling two cards per extra printed row does not a short print make! I get this distribution on this assumption:

You could have other arrays as well but I like this one the best of all the potential print runs.

Not exactly a bunch of world beaters! And you could get them a penny at a time: 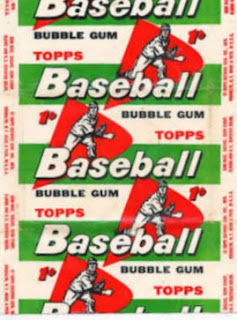