Well, it was inevitable. After Sunday's post on the two baseball tattoo (or tatoo) sets produced by Topps, I have been sucked in and am working on a much larger post concerning all of the Topps penny tattoo issues from 1948-67. That will take some time however and today, courtesy of Friend o'the Archive Doug Goodman, I will instead show a few illustrative scans from the baseball issues. 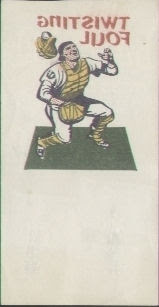 Horizontally, the player autograph subset is also quite attractive:

While the team logos bring us back to the vertical:

In 1964 we also have some variety. Here are the three colors of wrapper, almost an All-American look: 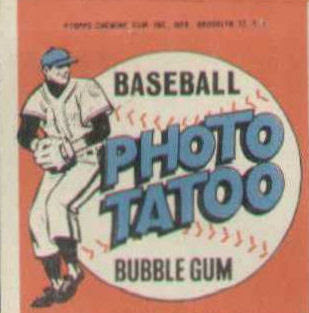 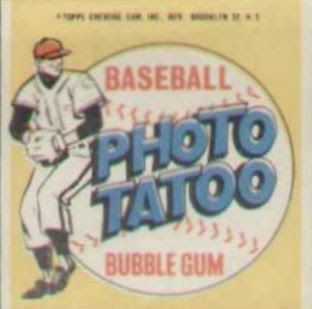 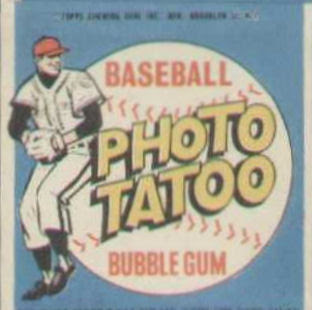 The team logos seem a little less likable compared to four years prior: 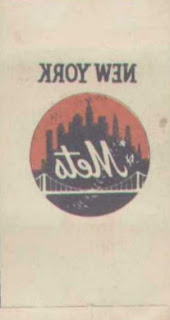 But the real meat is in the player variations, all of which involve Hall of Famers. Harmon Killebrew resembles an old stoplight (no yellow):

While Sandy Koufax has the yellow but is geometrically differentiated: 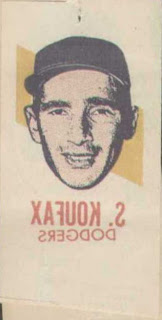 We know The Mick wasn't yellow but he is here: 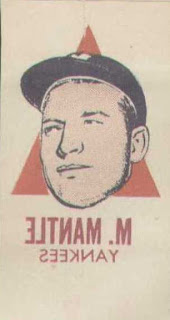 The Say Hey Kid also may not be a blockhead (autograph seekers may disagree) but Topps thought he was: 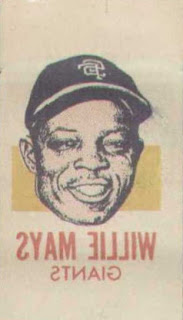 More to come on the Tattoo front, stay tuned!
Posted by toppcat at 7:56 AM