Is There A Doctor In The Hobby?

Serendipity.  The word means a "happy accident" or pleasant surprise" and that's exactly what happened last month in an almost unnoticed auction on eBay where a couple of stars aligned. Idly browsing the listings one day looking for scans usable in future posts, I came across an auction of an old Bazooka Premium Catalogue.  So old in fact, that it was the first one they ever produced: 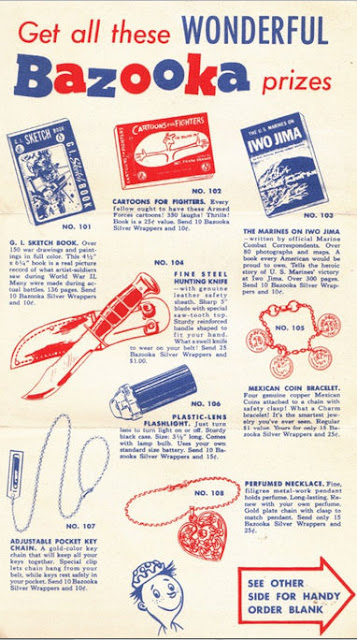 In addition to a surfeit of military items (this was only two or three years after the end of World War 2 and unsurprising given the Shorin family's long time business dealings with the U.S. Armed Forces ) the catalogue shows the first eight numbered items in a never ending run of Bazooka premiums, although the current premiums appear to be limited to a couple of t-shirts available on the web if you have $8.99 and 15 comics.

The catalogue came with one of those Topps premium merchandise certificates discussed here previously: 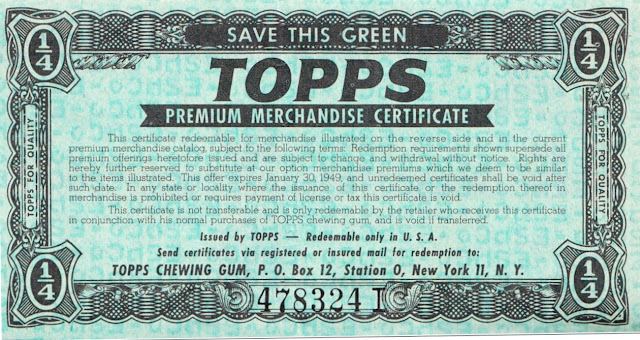 A measly quarter-point redemption value?  Well, I guess the idea was to just show more premiums (on the back) but the idea of having to send in your certificates for redemption via registered or insured mail drives home how seriously Topps valued  the redemption program. The expiration date of January 30, 1949 helps date the catalogue obviously but the postmark also was offered with this lot and really pins it down to mid 1948. I first thought it came with a separate envelope but the catalogue is actually a tri-fold mailer. The addressee is what originally caught my eye in the listing: 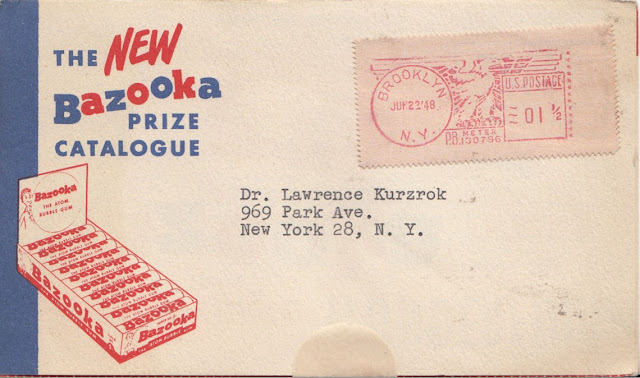 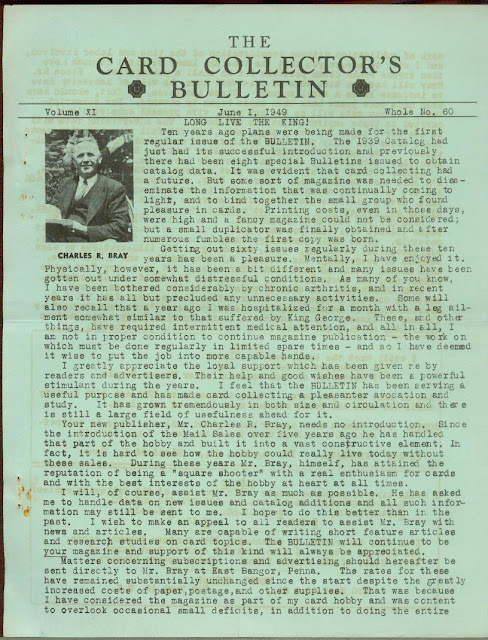 and was one of the pre-eminent early collectors in a group that included the more well known names of Burdick, Bray, De Nardo and Carter, to name just a few. Dr. Kurzrok amassed a collection of over five million cards--he had in excess of 2,000 Old Judge baseball cards alone--but was perhaps better known as president of the Card Collectors Society in New York City (from the same issue as above): 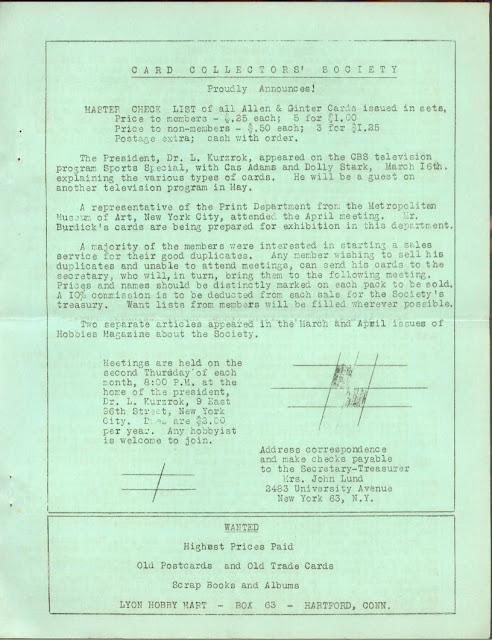 The same issue featured a want ad from one Mr. Woody Gelman: 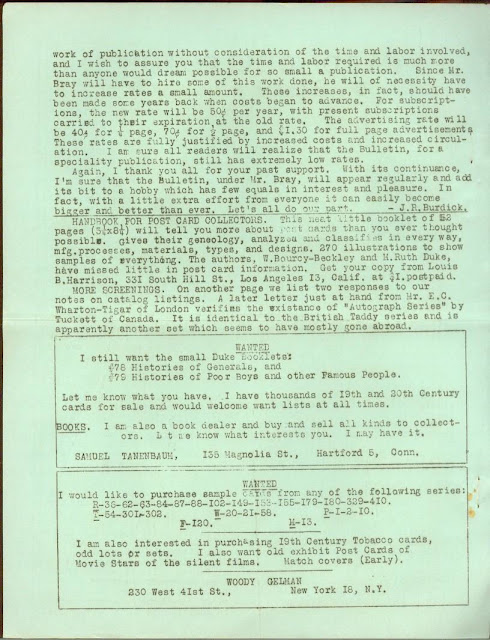 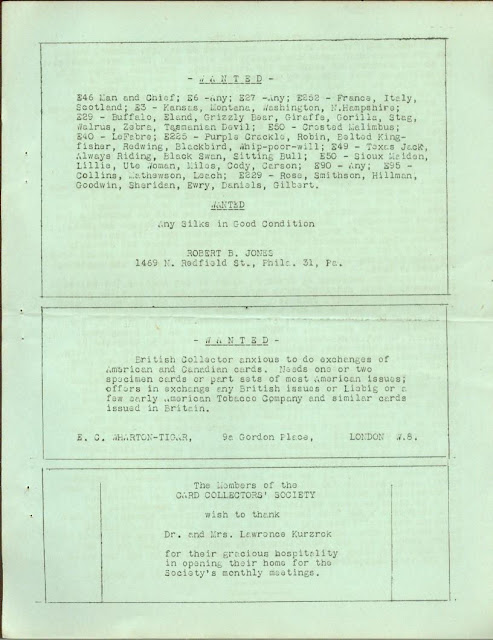 Dr. Kurzrok was clearly hosting the monthly meetings of the Society at his home on 96th Street, which means the Park Avenue address on the Bazooka envelope was likely his office (he was a practicing physician in New York for 41 years, commencing around 1930).  He was also an advertiser in the American Card Catalog, as this 1953 ad shows: 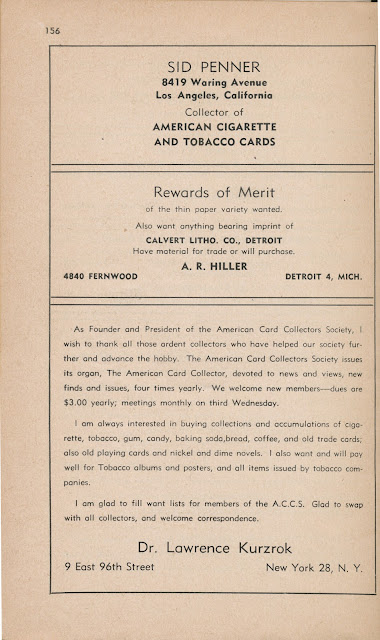 I see it's now the American Card Collector's Society. Woody Gelman was an associate editor of the '53 ACC by the way.

Dr. Kurzrok retired to Longboat Key, near Sarasota, Florida in 1971, after selling off some duplicates in his vast collection (these events are unrelated).  He passed away in 1975 and a year later Rob Lifson (now of REA) purchased the bulk of his collection and it worked its way back into the hobby as he sold it off, in a cycle familiar to us all.

I didn't end up with the Bazooka lot--it went to BFF o'the Archive Jeff Shepherd--but I got a real kick out of the early connection between Topps and Dr. Kurzrok.  I would loved to have attended one of the Society's meetings and I'll bet many readers would agree.

Many thanks to Leon Luckey for the CCB scans--he has a ton of old hobby material and has published some of it on his site of late, with the promise of more to come.
Posted by toppcat at 7:48 AM

Boy, to see how people collected, traded, and got together back then would really be something. Too bad not enough people collect cards nowadays to trade 'em!