Phantoms Of The Parks

I'm going to do something a little different today, which is present in full a nearly 40 year old story from the January 1982 issue of Baseball Hobby News that tells the story of Richard Gelman's "find" of 29 original Bowman art pieces from 1952. Original Bowman art is always notable but these illustrations included 15 players who did not appear in the issued set and a changed team for Willard Ramsdell, who was traded from the Reds to the Cubs for Frank Hiller on January 3rd in the first deal of the year. 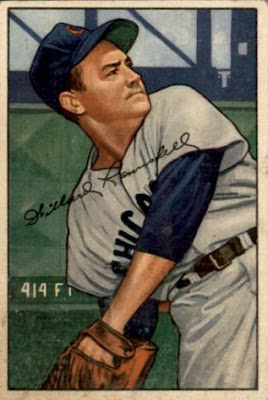 Note the mention of the trade on the reverse: 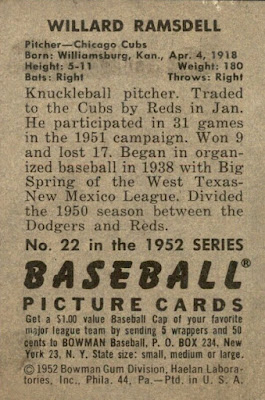 You will see in the BHN article below that the original artwork for Ramsdell has Cincinnati on his uniform, so it was changed to Chicago in pre-production. I haven't been able to find an image of the Cincinnati version of the painting, if there even is one, but did find the photo it was copied from: 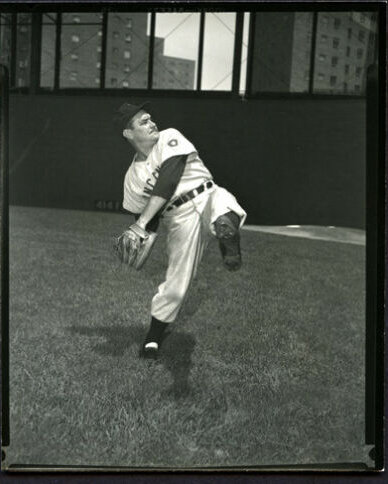 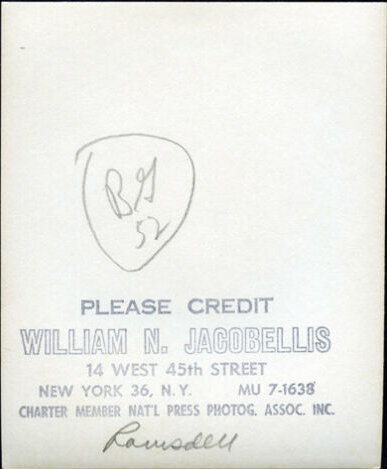 Given the 414 Ft. sign, towering apartment buildings in the background and a NYC photographer it's pretty easy to surmise that shot was taken in the Polo Grounds. Ramsdell was traded by the Dodgers on May 10, 1950 to the Reds, so the photo is probably either from before then or was snapped sometime in 1951. Either way, here is the skinny from four decades ago: 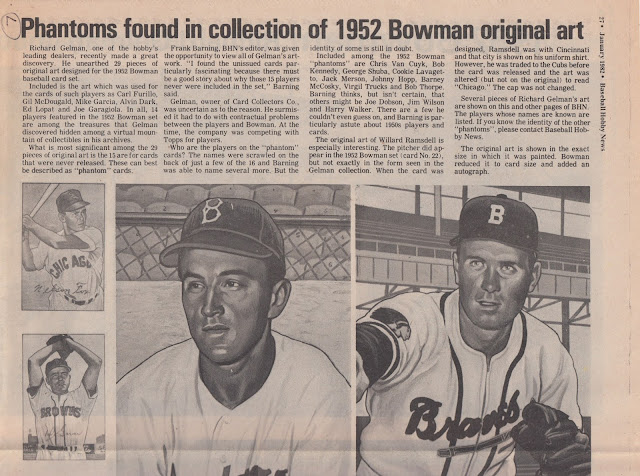 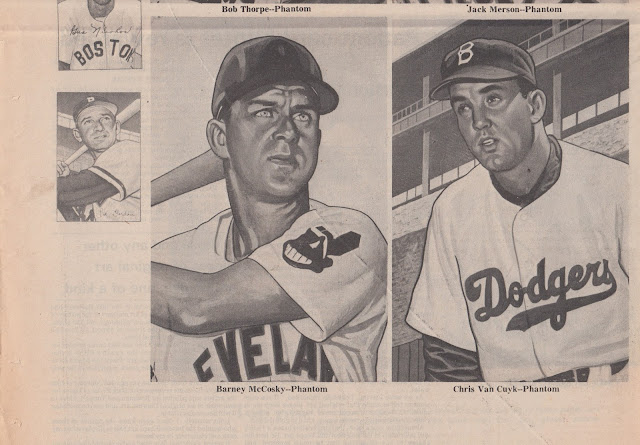 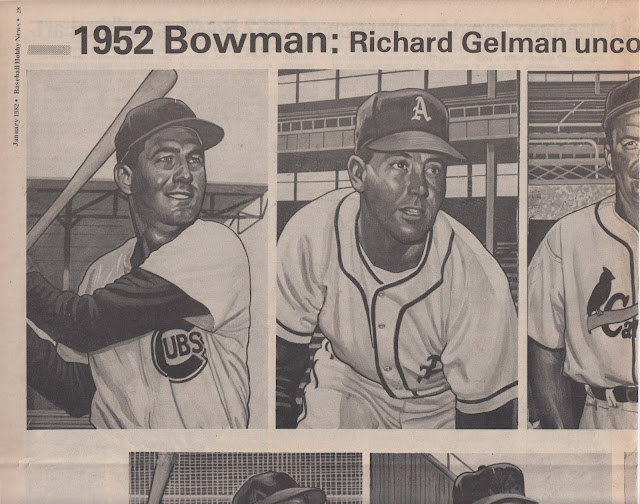 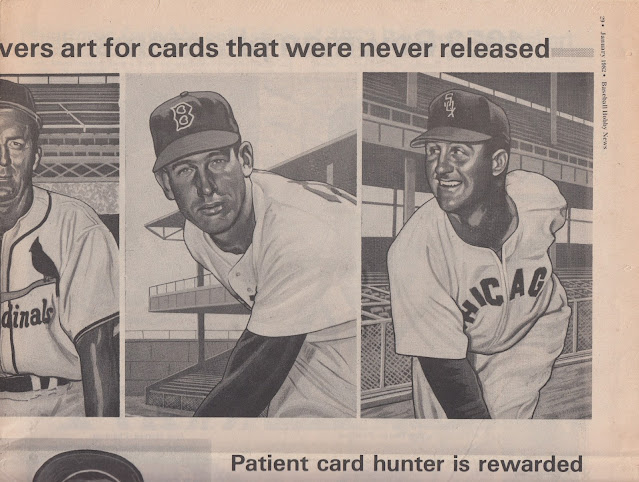 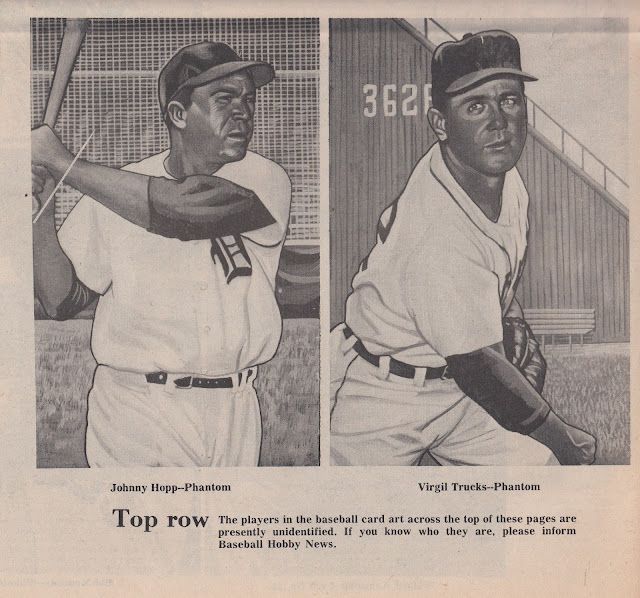 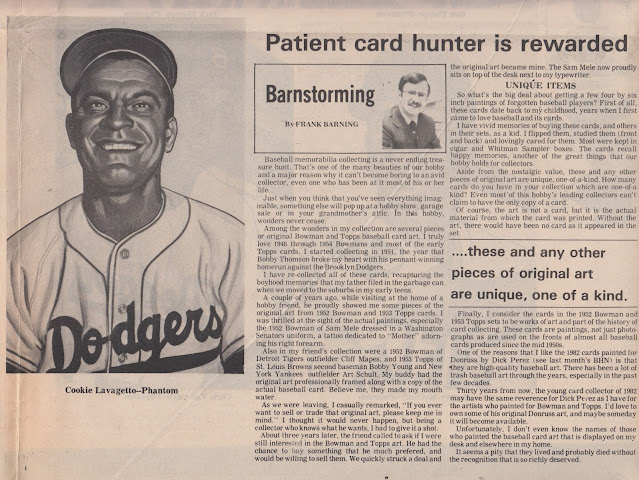 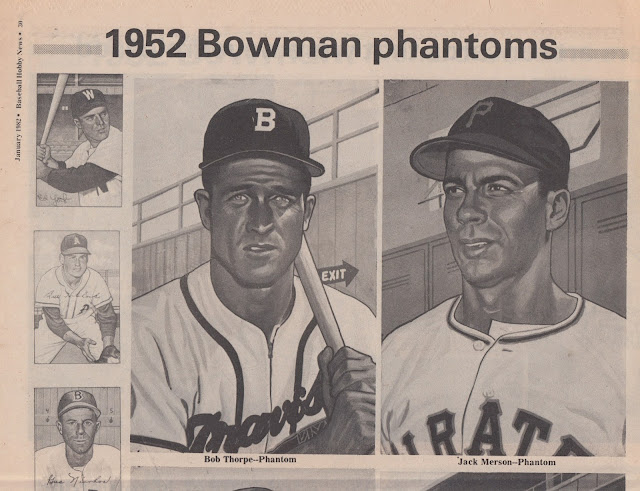 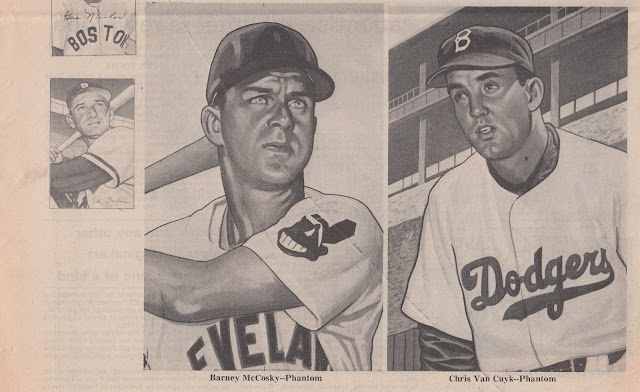 1952 Bowman is one of my favorite sets, and those are amazing.

Did anyone figure out the unnamed phantoms? Maybe prospects who never did make the bigs? Or perhaps they were supposed to be likenesses of existing players but failed to adequately look like that person so weren't used?