This was just too nice of a graphic to keep on the old hard drive.  I think it's from a Legendary auction not too long ago and it's actually the second one I've seen, although the other was in far worse shape. What do I speak of?  Why a 1950 Hopalong Cassidy Shipping carton! 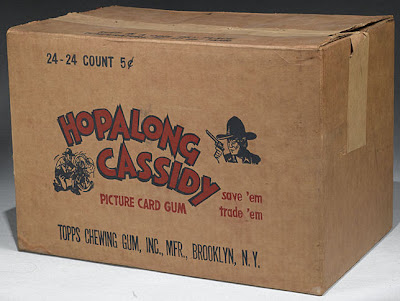 That would have held 576 nickel packs, with six cards (three panels) to a pack for a total of 3,456 cards per carton.  I even have a scan of the display box: 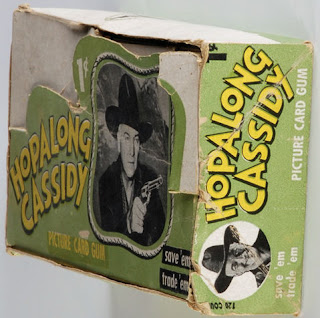 I'll dig for better scans but the nickel pack is shown below, along with the two colors of penny packs: 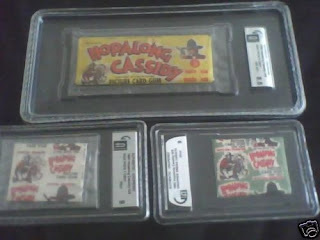 Hoppy still has a few tricks up his sleeve, which I'll get to next time out.
Posted by toppcat at 9:08 AM