Well, following last night's bizarre picture posting problem, which appears to be have been caused by some magical metafile mumbo jumbo that can crop up without warning, much like the Spanish Inquisition, I can present the full, ten card visual checklist of the 1971 All Star Rookies now, like so: 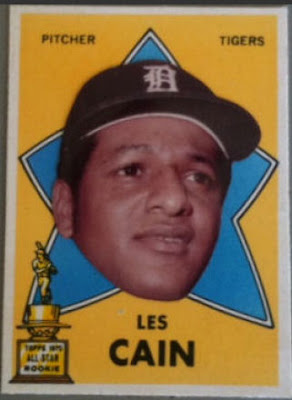 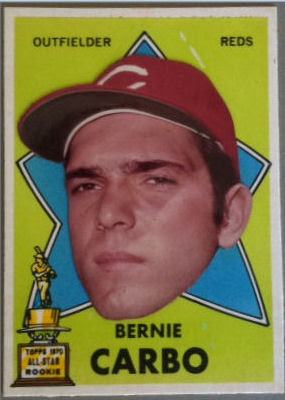 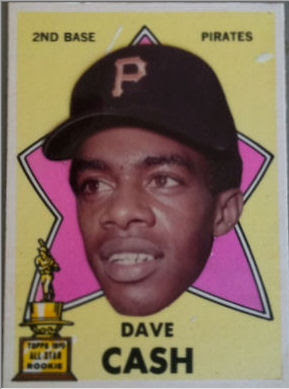 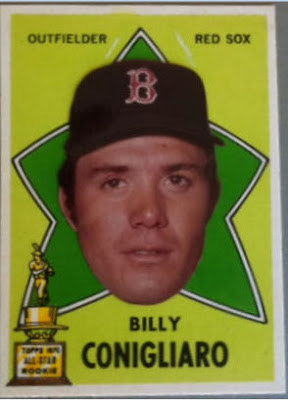 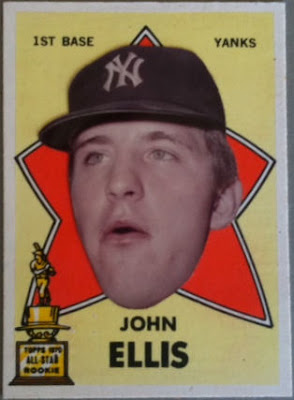 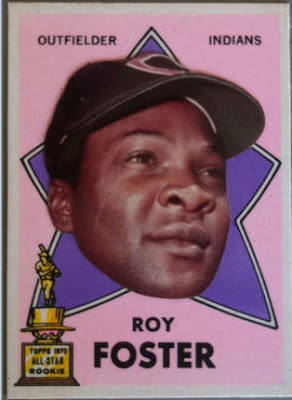 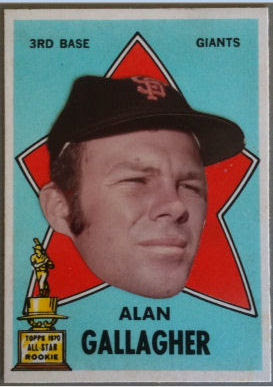 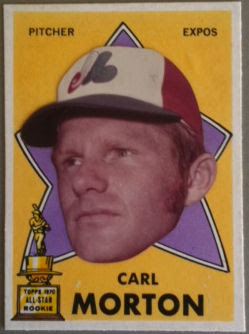 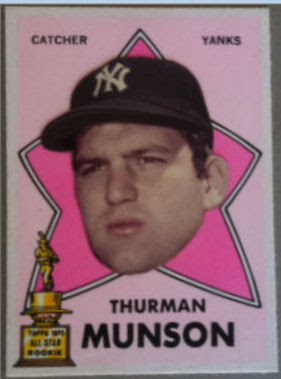 That Munson would be the big ticket item in this set, no doubt about it but the ten subjects are all so rare they would probably go for serious juice no matter who is depicted.

The ten players exactly mirror the 1970 Topps Rookie All Star selections, so this is the full set.  John Ellis's photo is taken from his 1970 Yankees Rookie Card: 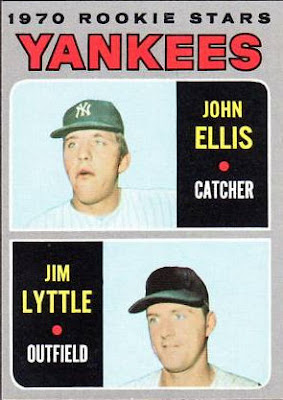 His Yankee counterpart, Munson, was not taken from the 1970 set photos.  Of the remaining eight cards, Foster and Gallagher did not debut with Topps until 1971, although Cain was in the '69 set, albeit with a different photo. Billy Conigliaro, the less famous of these ball playing brothers was in both the '69 and '70 sets as was Carl Morton, while the other guys made appearances in '70. No 1971 photos were used either, so a concerted effort to use fresh photos was made, with the odd exception of that goofy looking Ellis card (that face! that hat!). All the team logos look like the current versions of the time on these cards too; check out how Carbo had the old Reds cap on his 1970 Topps card, which was clearly updated for the All Stars set: 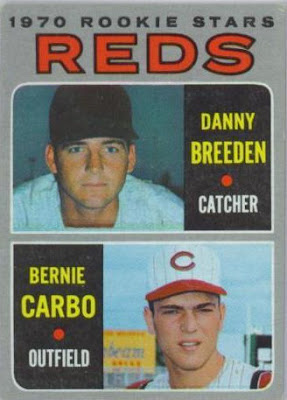 This leads me to believe Topps was using very current shots from their files for the nine cards that did not have a picture in previous set.

I suspect this set will be auctioned, given that these are the first color photos of it that I can recall seeing, so it's out and about someplace, probably at the National which is in full swing as I type this.  Thanks again to Craig Williamson for the vintage Topps goodness; I'm hoping he can tell me a bit more about their background so stay tuned..
Posted by toppcat at 7:24 PM

Hey, I really enjoyed this post and the scans....Tom

I never knew these existed. I'm just glad there are no Cardinals in this set.