Mama Don't Take My Flexichrome Away

With apologies to Paul Simon, I thought today would be a good day to take a look at a coloring process that was a big part of Topps artistic arsenal for many years.  Flexichrome is a word often used to describe original Topps images and unless you are a photographer who put in time in the dark room,you would generally think of it as a retouched black and white photograph.  Well, thanks to a restless mind and a spare couple of bucks, I was able to mine the wilds of Ebay and come up with the source document for all things Flexichrome: 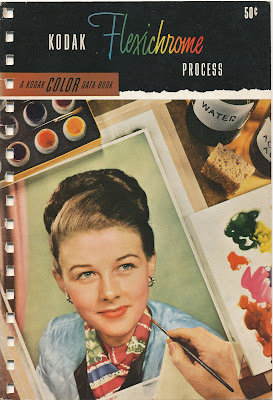 While the first color photograph was taken in 1855 (or possibly a bit earlier) and a better process had been developed by 1877,it was pretty much all do-it yourself until 1898, following which there were several commercial refinements introduced prior to World War 1. Color photography and the related developing and printing processes were very much a European enterprise until Kodak introduced a color film called Kodachrome in 1935, initially for use in filming 16mm movies but later expanded to still prints and slides by 1941, the same year they offered widespread processing and printing of color prints.  A mere year later, a more "modern" process called Kodacolor was introduced, which made it possible for one piece color negatives to be produced, thereby aiding in inexpensive printing and reproduction of color prints.  World War 2 and shortages in the aftermath would delay widespread adoption of color photography by amateurs until around the end of the Korean War. Slowly but surely the print and lithographic world turned from black and white to color in the mid 50's.

What was good enough for Uncle Fred though, was not necessarily something that worked in commercial applications.  Once color trading cards again became widespread after World War 2, most early efforts were made with illustrations.  As photography began to replace such illustration, in no small part thanks to the 1952 Topps Baseball set, a need arose to enable retouching and coloring of photos for "accurate" reproduction on the cards.

The process that prevailed, as there were ultimately a handful, was called Crawford Flexichrome and invented by Jack Crawford in New York in the late 1930's. Long story short, three enlargements of the original negative were made, copied onto stock provided either by a company called Defender (which also marketed the Crawford product) or Kodak. The enlargements were then manipulated using color dies and then recombined to form the final image. There's more on the process below.

The war then intervened and in 1949 Kodak bought the process, still dubbed Flexichrome, and it quickly was adopted for use by many companies.  As this article in the October 1949 Popular Mechanics shows, it was not a simple process and ironically it was often used on black and white originals in order to produce vivid color products.

To help out their customers, Kodak offered a series of guides to be used by photographers and printers.  A guide for using Flexichrome was introduced in 1950 (that is the cover of it shown above) and it was over 40 pages in length! Let's look at a few excerpts, shall we? 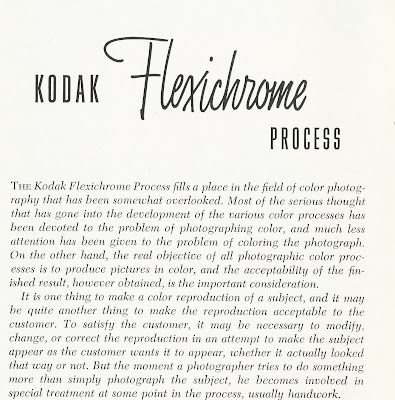 OK, so far so good.  Now, for a brief overview: 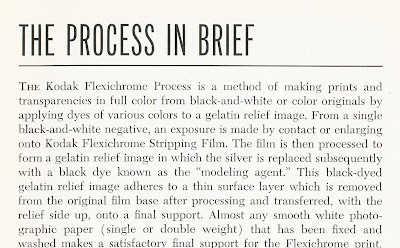 OK, definitely not in Kansas anymore.  This is clearly a process designed for use by professionals and very serious amateurs.  For instance, here is a basic list of what you will need to get going: 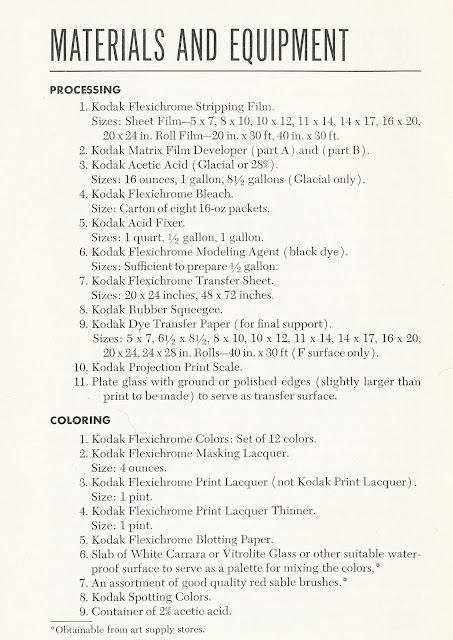 I have to check but I think I just ran out of Vitrolite Glass.....  Here is a handy visual guide that shows the entire process in 18 easy to remember steps.  Number 6 is quite unsettling: 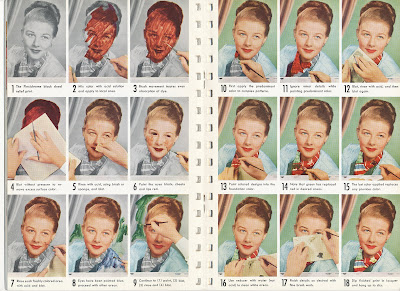 A talented artist could do any number of things with the process: 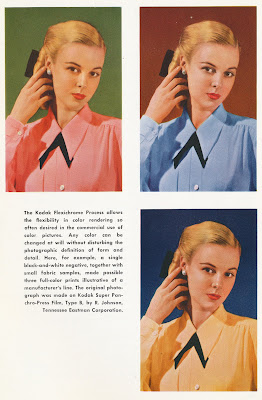 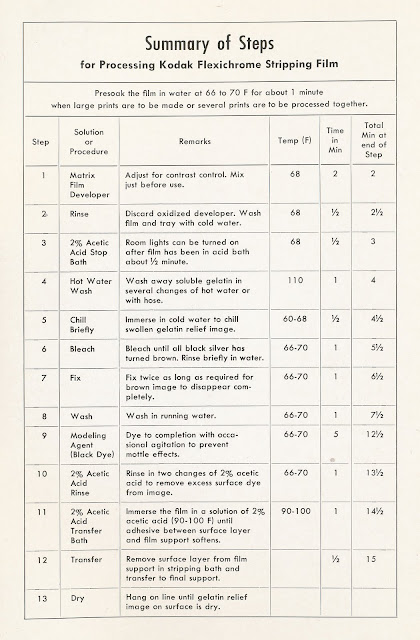 That's an estimated 15 minutes per picture, plus the drying time.  Now imaging doing that for 80, 200 or 407 pictures!  No wonder Topps needed a stable of artists to make their cards look good. The heyday of Topps Flexichromes runs from 1952 through 1962 or so, when better processes started crowding it out, although  it was used into the 1970's and the dyes are still available today, even though film is now just a quaint notion much like corsets or a decent Hollywood movie.

Let's take a final look.  Here is a version of a 1953 Who-z-at Star card I have effortlessly made into a grayscale picture with my graphics editor: 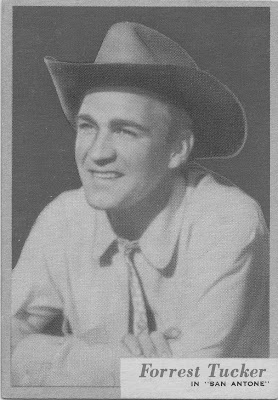 I know I am simplifying things with ol' Forrest  but Who-z-at Star to me is one of the classic flexi-sets.  Here is the finished product: 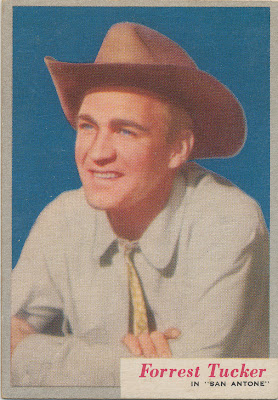 Flexichrome proper was discontinued in 1961; it can be seen in use on Topps images through 1962 but if you look at Topps sets starting with 1963 Baseball, you can really see how the sharpness of the color images improved.

Once again, I am just amazed Topps was able to carve any profit at all out for their cards and gum with all the massive production and support costs involved.

I don't feel nearly as bad now when I think about how much time it takes to colorize b&w pictures in photoshop.