Over the the first 50 or so years of Topps marketing cards there aren't many examples of legitimately released sets that were not issued in packs or sold in stores. The 1970 Bowie Kuhn card comes to mind, as does the Joe Garagiola business card and the 1990 George HW Bush card (with a "maybe" on Pres. 41-some were rumored to have been inserted in packs) but there's not a wide range of possibilities. But Topps did manage to issue a fairly broad set in 1964 featuring the subjects of the current and past festivities held annually at the Waldorf-Astoria hotel in New York that is known today as the Rookie Banquet set.

A little background is in order. The first Rookie Banquet was held in 1959 to honor those ten lucky players chosen by a surprisingly well-rounded Election Committee for the Major League Baseball All Star Rookie Team. For the next seven years Topps issued a really nice program that was distributed to the formally attired attendees. After the 1966 gathering the program was scaled back although I believe the banquet is still held to this day. 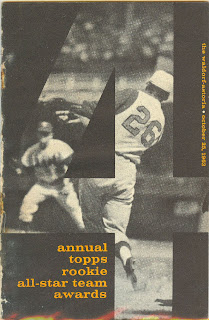 However, my mission today is not to discuss the programs (that will happen to be sure, just not now) but rather a permutation in 1964 that resulted in a scarce 36 card set full of esoteric and diverse subjects that actually was the program.

The cards are oversized at 3" x 5 1/4" and were designed so that each was like a page from a paper program, numbered at the lower right: 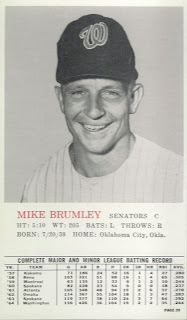 The backs are duller than dull: 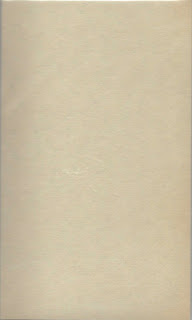 But there are allegedly back variants with printing from the 1964-65 Push-Pull set, which had the following reverse:

Weird, eh? I had to pull that one from the 'bay. Now in theory the winners would have the infamous gold rookie trophy displayed on their cards the following year but Brumley's was inadvertently left off. Here is what the trophy looked like, in case you forgot: 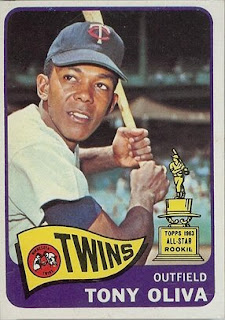 The set was housed in an attractive slipcase: 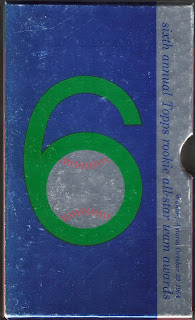 The box is printed on semi-reflective foil and it looks pretty cool in the light. Some very simple mid-60's design work was used, quite effectively I think.

Each player so honored like our Mr. Brumley was accompanied by another card with a writeup from the team's public relations director, as such (everything below this consists of scans of items I do not own):

Sorry, some of the scans I nicked can't be blown up. The most notable non-player depicted, at least to me, is Topps' own Sy Berger: 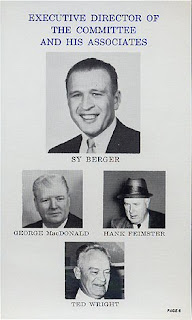 Yup, that would be his rookie card!

Past honorees also got their due: 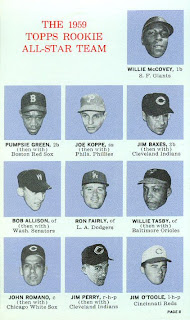 There are also various header cards, like this one: 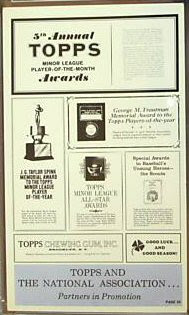 Here's a selection of cards for your viewing pleasure: 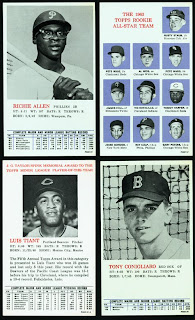 That Luis Tiant card is actually numbered 34A, which means the set stops at #35 (a picture of the trophy which I cannot find a scan of, alas) and not #36. Luis was the Topps Minor League Player of the Year so his card looks a little different than the other 1964 winners.

A checklist is certainly in order (Hall-of-Famers, prominent veteran players, the '64 rookies and significant committee members are identified, the Standard Catalog has a full player/committee list if you need it):

These cards are quite valuable and generally appear as singles nowadays as it seems many extant sets were broken up over the past two decades. I would estimate a 200-250 set print run on these guys but I get the impression there are no more than a three or four dozen sets or remnants thereof out there. Sets still do pop up from time-to-time though as old sportwriters move or pass away and their archives are cleaned out and auctioned.
Posted by toppcat at 12:59 PM