Slight detour today kids. Real world issues with family and work have delayed part three of our look at the Boys of Winter for a few days but have no fear, The Batman is here!

As anyone reading this post undoubtedly knows, the 1966 ABC series Batman was a huge cultural phenomenon that rode a wave of baby boomers to the top of the kiddie TV time slot that once was 7:30 PM here in the States. Tell me you can't hear the narrator intoning the details of one evening's adventure while Neil Hefti's theme spins around when you see this: 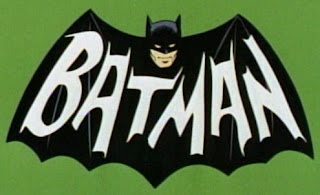 Of course the show was huge in many other countries, one of them being England. While the show, maddeningly, is still not available on DVD, numerous card sets exist proclaiming its glories. Some have pictures from the show (or more properly, TV Movie) and others are more like the comic book. One of the latter was a 55 card set issued here (US) there (England) and everywhere (Canada, the Netherlands to name as couple more). It is referred to as the Black Bat set generally, sometimes with Orange Back added on for clarity: 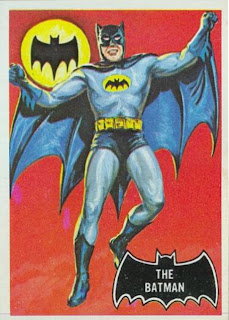 As it turns out the A&BC set had a companion album, quite rare, that popped up on Ebay this week and it's a great little item: 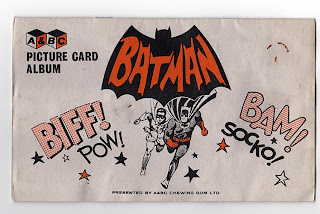 The first page had a single slot for the card shown above: 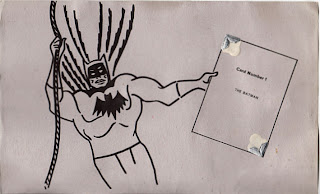 Then a more traditional format ensued: 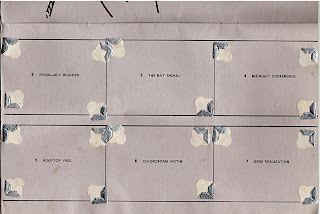 You will note the album was bound at the top. The back cover has a killer Bazooka Joe logo: 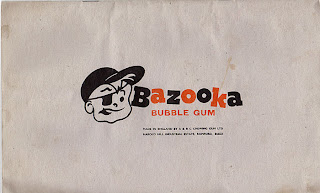 I am not sure if other series warranted an album; it's a topic for another day--same bat time, same bat channel!
Posted by toppcat at 6:49 PM