When Topps wanted to really mess around with their products, they sometimes went all in.  One very odd case of reissues concerns three partial sets of cards, reprinted with Salmon colored backs and then sold only in Fun Packs, circa 1968 or '69. For added fun, these three sets may be related to a partial reissue of another set that itself has three permutations.  Confused?  Just Wait!

Our saga begins in the 1950's, with a fabulous 88 card series called Space Cards. This set is not part of all the shenanigans though but it begat a set issued around 1962 called Target: Moon. that used the same artwork,  text and deep blue backs as Space Cards but with the title changed. I've written about these two sets in The Wrapper #265 but that's a study of issue dates for the twos sets and not much else.  What is germane though is that half of the Target: Moon set also appears with salmon colored backs. Here is a look at card #1, with the three different backs (the blues are similar but one scan is quite dark): 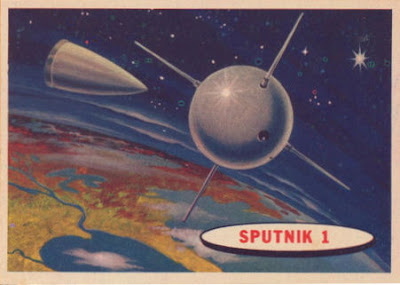 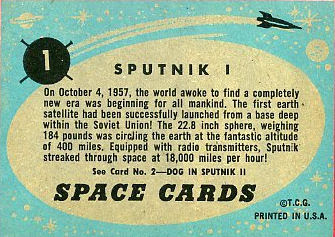 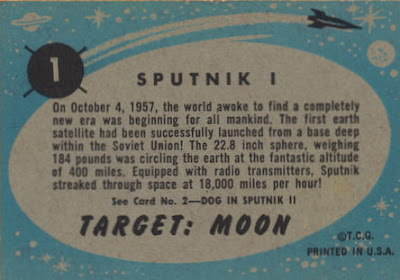 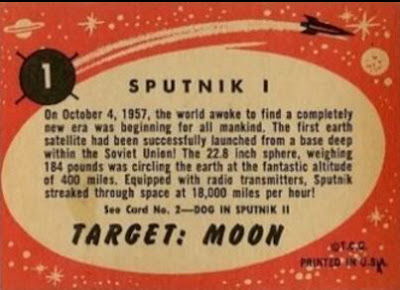 The Target: Moon cards have three salmon-colored siblings: Hot Rods, Who Am I? and Knock-Knocks.

Hot Rods is a crazy set: it was first issued in 1964 or '65 a a set of 66 cards, printed on gray stock with a salmon colored back.  22 cards from Hot Rods were then reprinted with bright yellow backs as part of a game by Milton Bradley called "Win A Card", which also featured some reprinted 1967 Football and 1968 Baseball cards with the same yellow backs.  This makes a lot of sense as they were all reprinted on the same sheet. The Game dates to 1968.

That wasn't enough for Topps though, as Hot Rods saw a second reissue of 44 cards, which included all the numbers from the 22 card yellow backed reissue but this time they had salmon colored backs and came on either white or tan stock. Take a look at these galley shots from the Network 54 Vintage Non Sports forum to see: 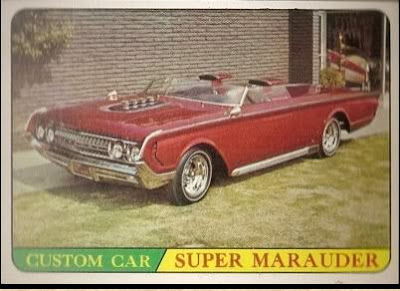 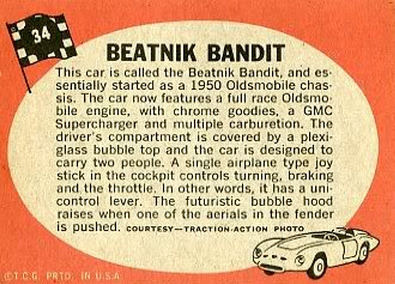 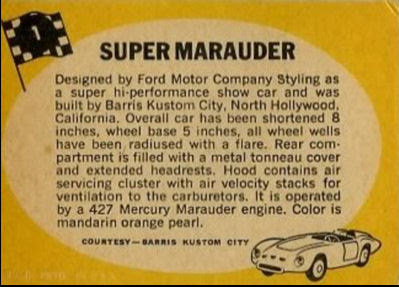 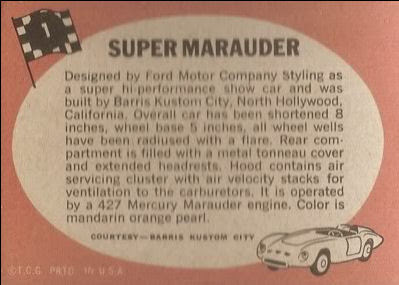 If you are keeping count of salmon colored backs, we are up to 88.  And we haven't even talked about Who Am I? yet. Who Am I? was a 1967 set of 44 illustrated cards that had a scratch off feature on the front. Famous for its four baseball players (Ruth, Koufax, Mays and Mantle), a number of other famous subjects appear as well, some of which are updated versions of illustrations from the 1952 Look 'N See set. 38 of these cards were reissued, without the scratch off coating and with salmon backs. Here, regular issue then salmon back: 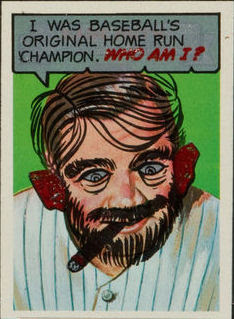 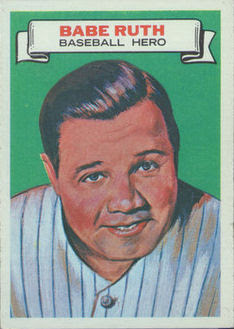 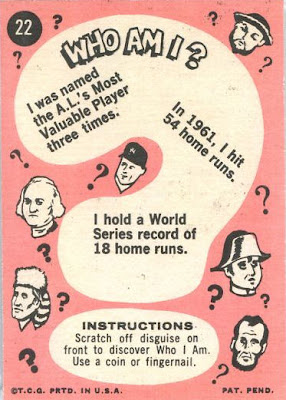 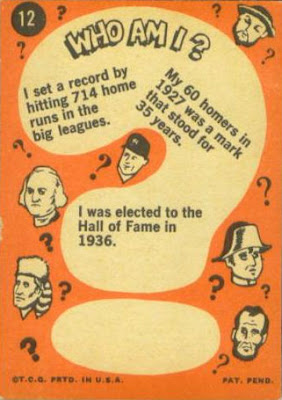 Of these 30, eight are double printed Who Am I? cards. Indeed, all 124 of the preceding cards plus the 8 WAI? double prints all appear together on a 132 card press sheet. 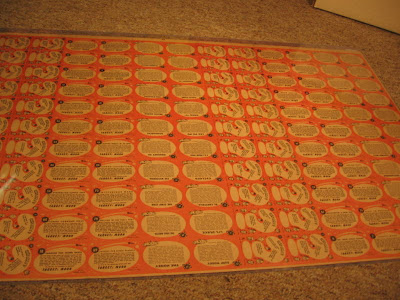 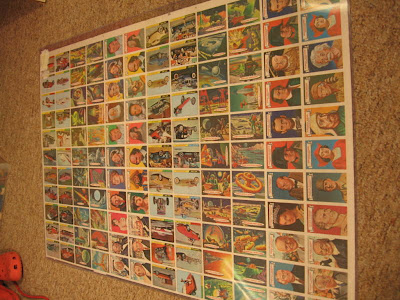 But wait, there's more.  22 cards entitled Knock-Knocks also appear with salmon backs.  We'll get into those in our next installment as right now I want to talk distribution.

The conventional hobby wisdom is that the salmon backed Target: Moon, Hot Rod, Who Am I? cards were all issued in 1969 Fun Packs. Since Fun Packs (sold in bulk in poly bags in department stores and the like) were seasonal dumping grounds for various returned and unissued Topps stock it seems a little odd these salmon backed cards did not first see issue at the retail level.

My present operating theory, which is certainly open to criticism, is that the salmon backed cards could have been intended to be a second series of cards for the "Win A Card" game. 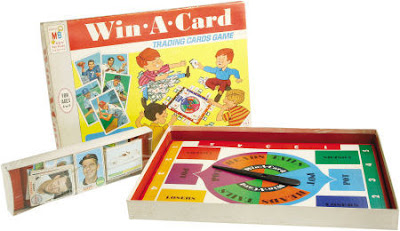 When said game sold poorly and was scrapped, said salmon backed cards were orphaned.  Topps hated having cards lying around the warehouse so they rolled them into Fun packs, probably for Hallowe'en.

I should note some sources consider the salmon backed Target: Moon cards to be a Popsicle related premium.  They are not and that particular disconnect stems from a reissue of the 1963 Astronauts 3D set, which happened to be retitled Popsicle Space Cards.  That too is a story for another day, although this back (cribbed from Net54 again) shows why there is such confusion: 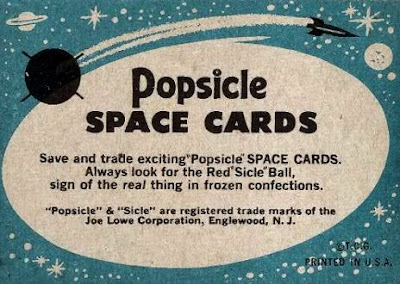 Stay tuned for some Knock-Knock jokes!
Posted by toppcat at 5:49 PM


Based on both a pair of childhood memories and a pair of graded packs encountered, I'm confident that you can date the triumvirate of "Baked Salmon" cards to 1968 "Fun Packs" - 45 years ago this Halloween season!!