A Tale Of Two Stamp Ads

Topps spent a lot of money advertising Bazooka Bubble Gum and its myriad resplendent premiums in the comic books of the late 40's and early 50's.  Clearly a winning strategy, this advertising is largely unknown today while Bazooka premiums are still collected and fondly remembered. Recently, a couple of eBay auctions offered some tearsheets of these ads.

An ad from early 1949, likely before the introduction of the penny Bazooka packs that year, allowed you to send in one mere nickel wrapper and two bits for a fabulous name stamp: 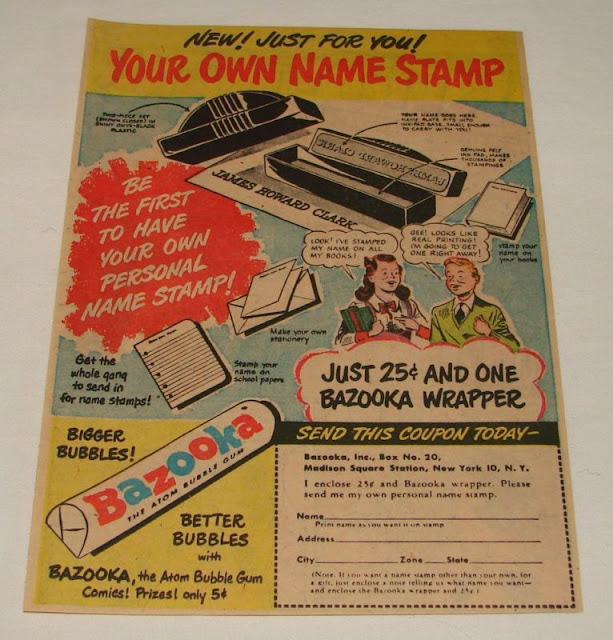 By 1950, as Topps started to vertically integrate their products, they had been selling penny Bazooka packs containing not the now-familiar chunk with a dividing line down the middle but rather two small gum tabs, just like their older (and soon to be defunct) Topps Gum offerings. This 1950 ad, with the same name stamper, clearly shows the new packaging and price point: 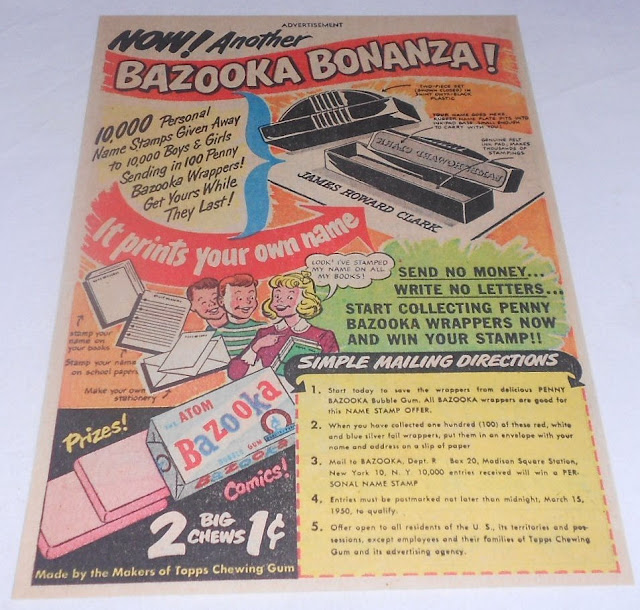 Now you needed 100 penny wrappers for the same stamp (even the same name was shown, the lllustrious James Howard Clark), so it cost 70 more cents to get this premium in 1950 than it had in 1949!


Topps Gum is still being mentioned but the success of Bazooka would see an end to that shortly.  Still, they were advertising Topps Gum in other ads, some touted by paid endorsers, such as Johnny Mack Brown (also a 1949 Flip-o-Vision subject): 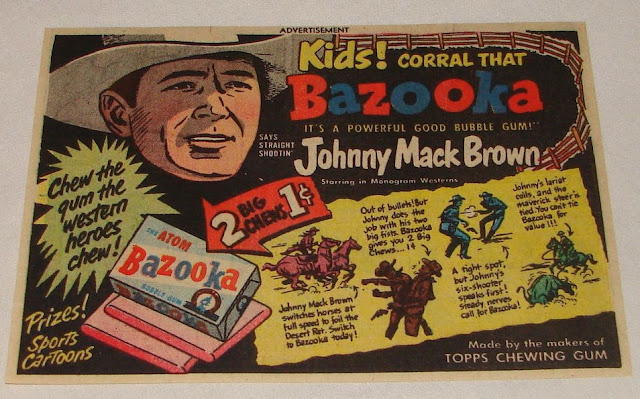 You can see how the Bazooka logo was becoming more prominent in the advertising.  Those Sports Cartoons mentioned in the lower left, are Willard Mullin's Sports Show no doubt,which ran from 1949-50 or thereabouts.  Sixty two years later, you can still find a tasty slab of Bazooka just about anywhere, although it is now made by a third party manufacturer under license from Topps.
Posted by toppcat at 12:33 PM