Turning the WABAC machine to 1960 today kids, a year when Topps faced competition from a number of competitors in the baseball card market.  Topps of course, used a split-screen look in 1960: 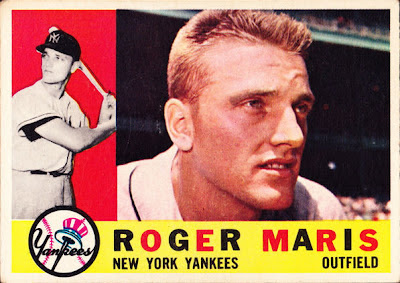 I've often wondered why 1960 brought no less than three major competitors to the field and I think the answer actually can be traced to 1959 when Fleer introduced an 80 card set featuring Ted Williams. Perhaps thinking baseball's imminent expansions were going to provide a truly national marketing opportunity, Leaf Candy of Chicago came out with a set of 144 current major leaguers in 1960; the first national retail competition to Topps since 1955. In addition a company called Nu-card issued a 72 card set of Baseball Hi-Lites and Fleer followed up their Splendid Splinter set with a 79 card issue featuring old time players called Baseball Greats.

Leaf's set was the most ambitious. The company had provided some competition to Bowman in 1948 and '49 with a small handful of sets but opted out of the confectionery-paired card business for the 50's instead issuing boxed decks of cards known as Card-o's.  The manufacturer in 1960 was listed as Sports Novelties Inc. of Chicago (Leaf's hometown) and the set was advertised not as cards but as Baseball Photos. 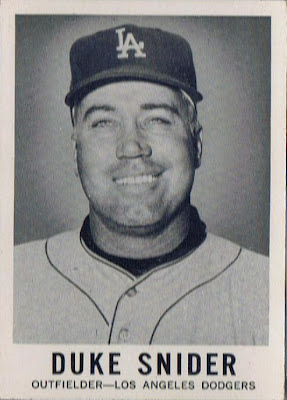 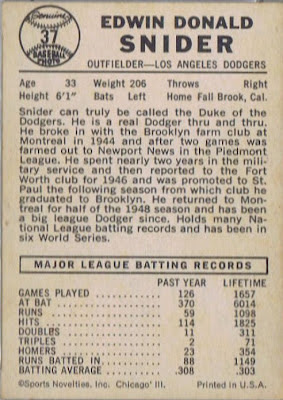 Instead of a sweet confection, Leaf included two small marbles in the pack, which was quite lumpy.  Here is an opened pack, showing the marbles: 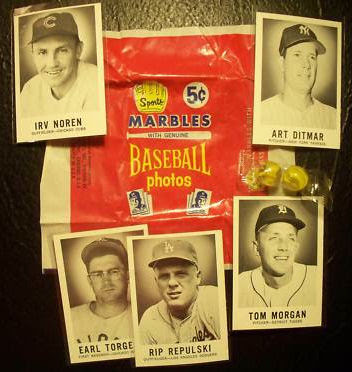 They issued two 72 card series, each with their own box design.  Here is Series 1: 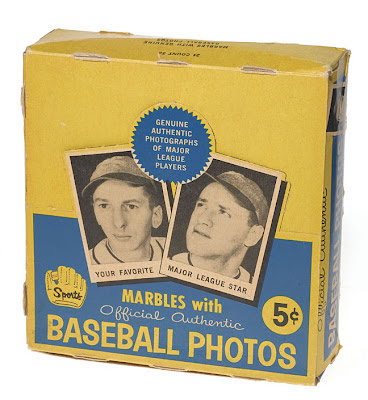 You can see the team logos were not yet in evidence, nor were any player's names.  Series two would change that slightly: 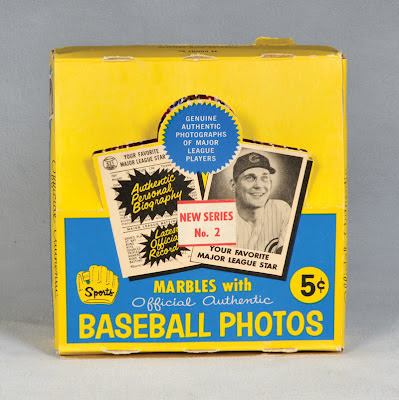 It looks like Leaf took proper legal precautions as I cannot find any references to lawsuits involving them and Topps over the 1960 sets. The biggest obstacle looks to have been lack of consumer interest.as the cards had excellent photography. A lack of color photography and superstars (Snider and Aparicio were the biggest names) was not conducive to sales. The second series sold poorly by most accounts and a large find in the 1990's served to add a heft supply of these to the hobby, bringing down prices a bit.

The Fleer Baseball Greats issue featured Ted Williams, still under contract, but the rest of the players were old timers.  Card #80 was not issued in packs, or if it was saw extremely limited distribution as some seem to have been cancelled (see Collins card below) by unknown sources.  No less than three players can be found on this card today but it seems to have been meant to portray Pepper Martin, whose stats and bio are on all the backs known of this card. Pepper never made it to the front though and Eddie Collins, Lefty Grove or Joe Tinker are shown instead: 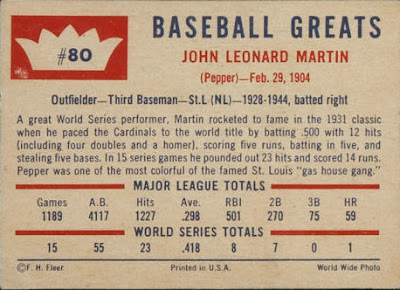 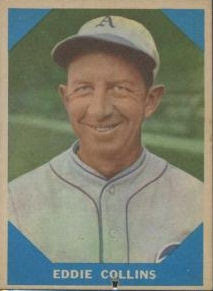 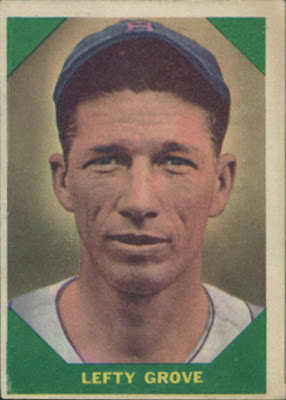 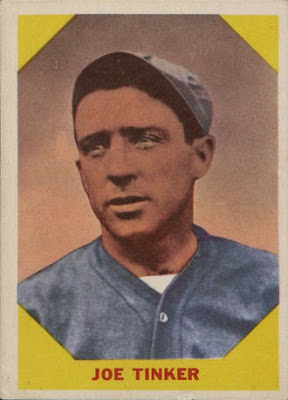 There is a lot of mystery surrounding #80!

These cards were pretty popular in 1960 and Fleer was trying to create brand awareness as they geared up for a full blown set of current major leaguers in 1963, the march toward which will be looked at next time out.  Today though I want to conclude with the Nu Card Baseball Hi-Lites set, which were oversized at 3 1/4" x 5 3/8" and featured imitation front pages of newspapers depicting famous plays, much like the 1948 Sports Thrills: 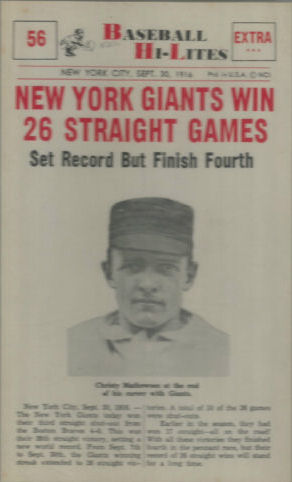 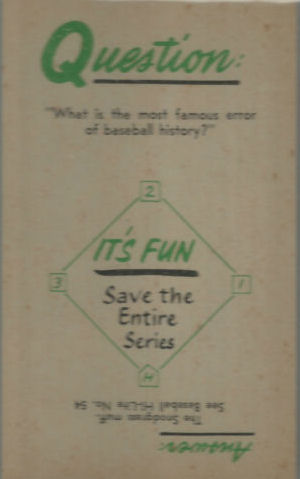 There are some variations in this set too but I am not really conversant in them.  All in all, the competition for Topps in 1960 was a bit lackluster. However, as we'll see next time out, things started picking up in 1961 as Topps fought back a bit.

We'll continue with Fleer's 1961-63 issues and take a look at Post and Jello next time as well.  I'm not sure if I can squeeze another post in before leaving for The National and we have a highly anticipated family vacation immediately following, so hang tight for a few weeks folks, I'll post as I can over that span!
Posted by toppcat at 6:05 PM