Two Of A Kind

Hof on the heels of our last adventure, I thought I would take a look at two more subjects that spanned 15 years between Topps sets. While I can't come up with a subject like Captain Kidd, whose image from an 1888 tobacco set was carried through in multiple instances by Topps well into the Summer of Love, a couple of other subjects were reused between Look 'N' See in 1952 and Who Am I? in 1967.

First up, we have the sage and smart Albert Einstein.  Take a gander at this 1952 Look 'N' See card; it's particularly well executed: 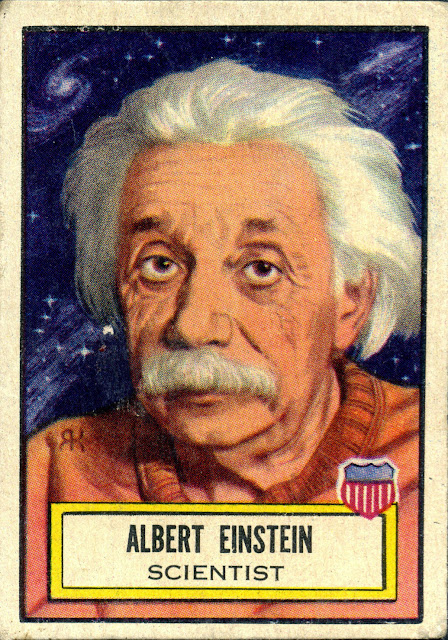 I love the outer space background on that one! Compare that to his 1967 Who Am I? card, which I will first show with its coating intact: 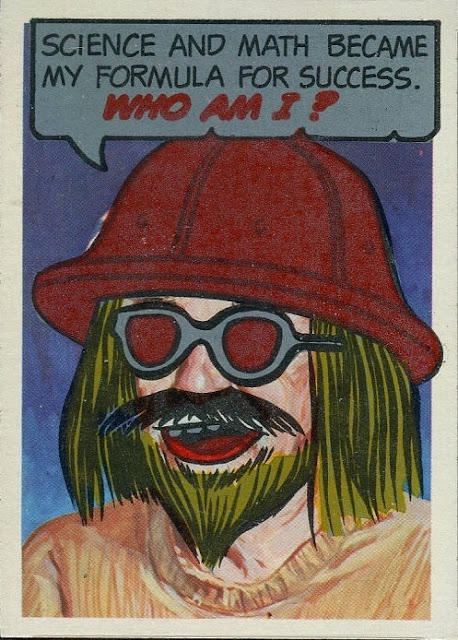 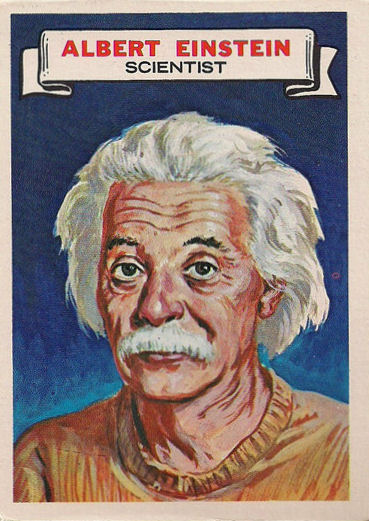 That's actually a pretty crude rendition but it shows how the original source was still used by Topps.

Queen Elizabeth II fared a bit better over the years.  In 1952, recently coronated, she looked like a million  pounds sterling: 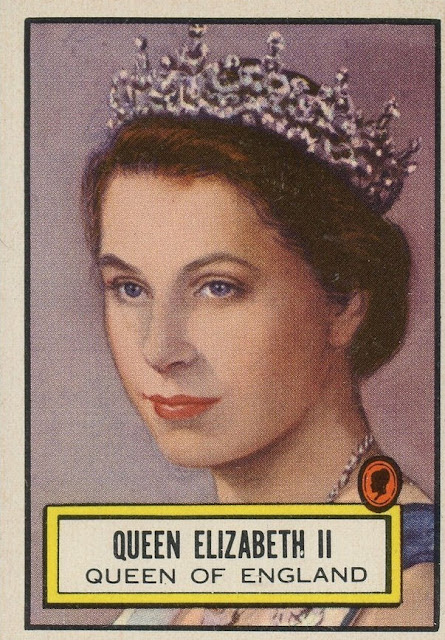 In 1967 she still looked just as young as evidenced by this appearance on a three card panel:

She certainly fared better than Churchill in '67 as he looks like a hungover Jonathan Winters, no? Hard to believe she is still queen but it's true!

Email ThisBlogThis!Share to TwitterShare to FacebookShare to Pinterest
Labels: 1952 Topps Look 'N' See, 1967 Topps Who Am I?