Occasionally while in the context of posting, I toss out certain phrases such as "penny tab" and "change-maker" and it occurs to me a little clarification is in order.

In the mid 1940's, Topps had an ad campaign that extolled the virtues of their one cent Topps Gum as this piece from a Legendary auction shows: 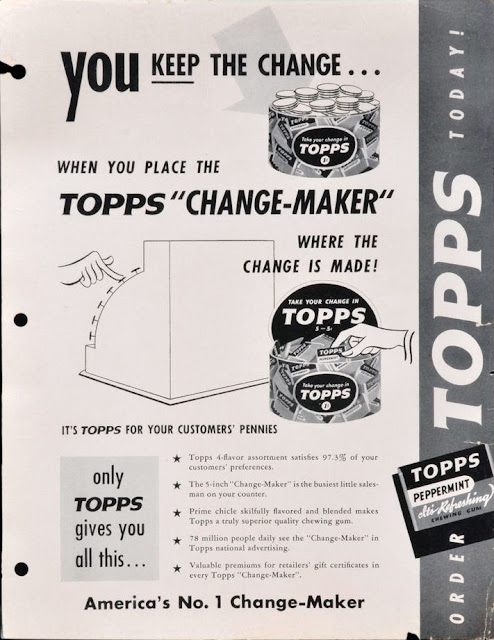 Aimed at smaller merchants who had the counter space, the idea was to get your customers to take their change in Topps Gum. The campaign worked well and the "change-maker" helped propel Topps in the early days.  What you see in the ad is a gum tab, or single piece of gum.  I am not certain of the origin but it might be an abbreviation for "tablet".  The Change-Maker was sold in a round cannister provided by Topps and which is mentioned in the above ad: 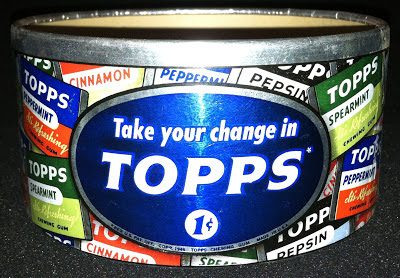 Five inches in diameter and little over 2 1/2" inches tall, that little guy held four delicious flavors of Topps Gum. The retailers also got a certificate offering premiums and which carried a value of some sort.  The program was not original to Topps but was a staple of the confectionery trade well before they got in the game.  We have covered the certificates previously but they looked like this: 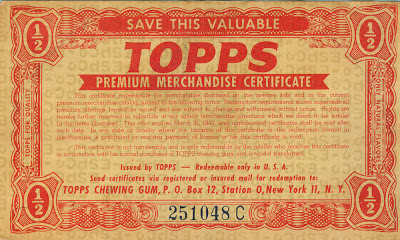 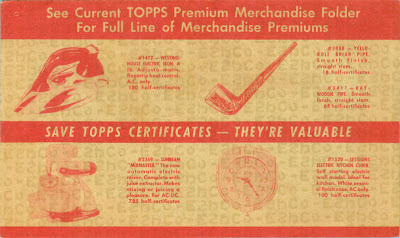 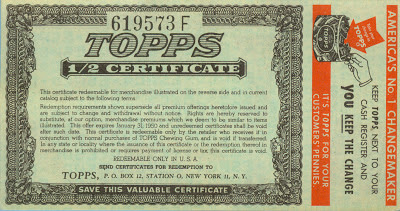 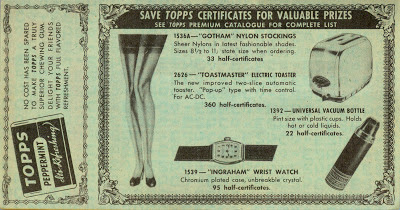 Topps had a small army of clerks (OK, maybe a half dozen) to keep track of all the prizes and redemptions and attendant record-keeping. Amazing!