How'd They Manage That?

Happy almost tax day buckaroos!  My returns are done but maybe some of you have held out.  Speaking of holding out, Friend o'the Archive Roy Carlson has sent along some more treats for this week's Wednesday "Pandem(ic)onium" installment that we will get to momentarily.  But first, a brief history of some tiny bits of Topps artwork.

Cartoon illustrations on the back of Topps Baseball cards goes back to 1953's "Dugout Quiz" and the following year's "Inside Baseball" feature. They were still pretty lifelike at that point and would make annual appearances thereafter until 1971 brought a photo instead.  By 1956 they had evolved into something a little more "cartoony" in appearance before Jack Davis came along in 1959 and started off a more humorous and caricature heavy style, although sometimes his works (and that of others) would veer into "more serious looking" again.  I may show the progression someday but right now we are quantum leaping to 1970 and a couple of cartoons you probably haven't seen.

First up, Hall of Fame Manager Earl Weaver who, I just found out, died at sea and on the same day as Stan Musial (who expired on land).  In 1970 Topps didn't put cartoons on the Manager card backs after only having cartoons for their reverses in 1969.  Here is ol' Earl's 1970 entry: 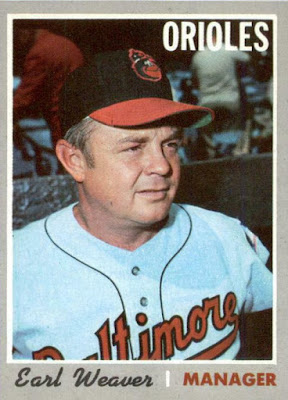 I've always liked that shot!  Here's the back, cartoon-free as you can see: 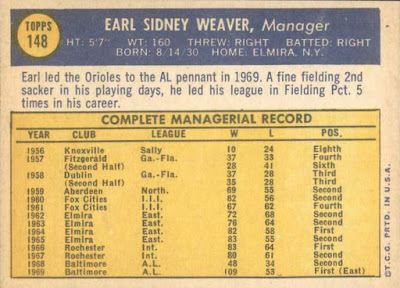 But as detailed by Roy, Topps created cartoons for the managers in 1970: 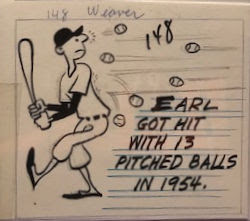 Here's another, for Hall of Fame hitter Ted Williams: 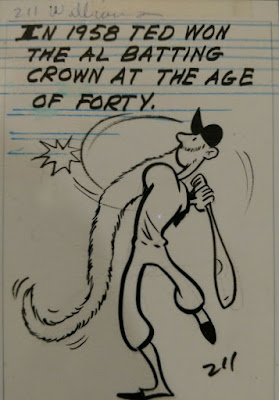 Here's another great shot in my book. 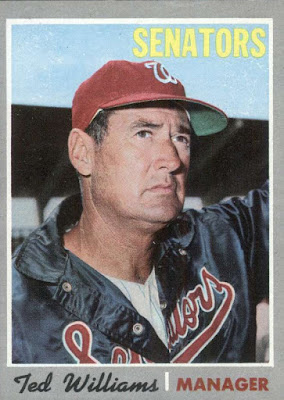 Unlike Weaver, Ted didn't manage in the minors before taking over the Senators squad in '69: 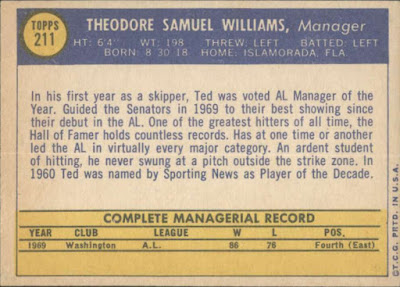 His repressed cartoon seems pretty vertical compared to Earl's.  I wonder if Topps was contemplating an entirely different kind of back for the 1970 manager cards before going to all text and statistics?

This was the first set I collected heavily as a kid and I had a lot of these fifty (!) years ago.  I can't even imagine a different look to the card backs for the managers at this point but these cartoons are pretty neat!