Yonks ago, I posted a combined checklist for the 1967 & 1968 Topps Baseball Discs, which also included the lesser known '67 San Francisco Giants Discs.  The two '67 sets (spoiler alert-go to the end of this post for "connected-ness")  have 24 subjects each, while the 1968 set has 28.  None of these were actually ever issued, they were all just proofs and internal materials runs for what was almost certainly an aborted set of Baseball Buttons.

There were 11 players who appeared in both the 1967 and 1968 all star sets, including Willie Mays who also was featured in the SF Giants set in addition to the two "regular" ones.  Willie in fact has more appearances in vintage Topps "oddball" sets than any other player of the time, but I digress. Other than those 11, (and Juan Marichal -- a yellow background in the SF Giants set and who was not a '68 subject) everybody else appeared in only one of the three sets, making the determination of the year of issue for the majority of subjects fairly easy.  As it turns out, there are enough differences between the 1967 and '68 common subjects to allow a further parsing of who and when. 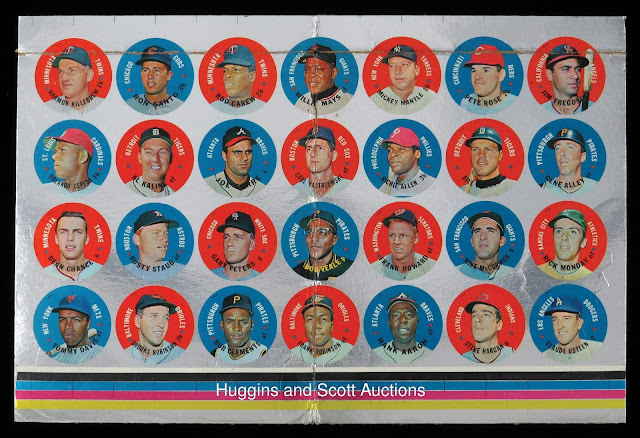 Here is the rundown of differences, showing the 1967 disc for each against the '68 sheet above for comparison. Some are hard to differentiate while others are quite easy, as you will see below. 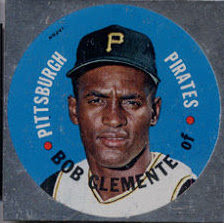 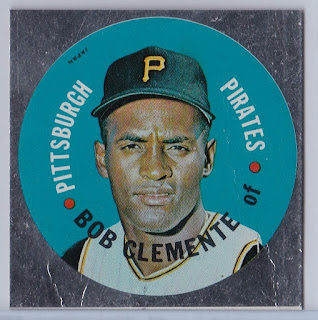 Frank Howard 1967-last letter of last name "D" extends into the red background; 1968-"D" is on the uniform shoulder:

The Clemente, Frank Robinson, Santo and Torre are particularly hard to tell apart. Howard and especially Yaz are a little easier.

As for 1967, we know the Giants set is from that year (or at least the proof run) as it shares shiny space with the regular set: 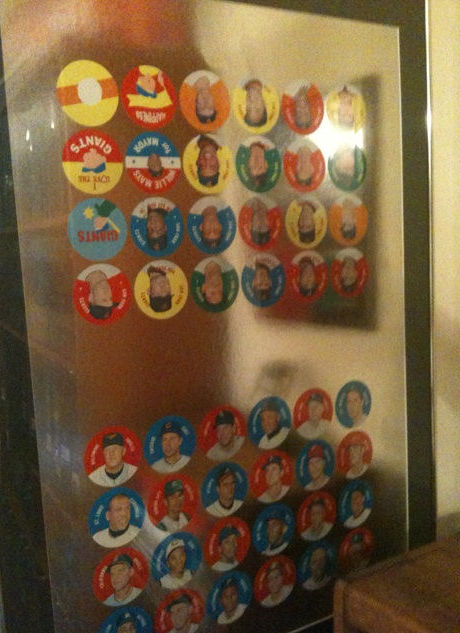