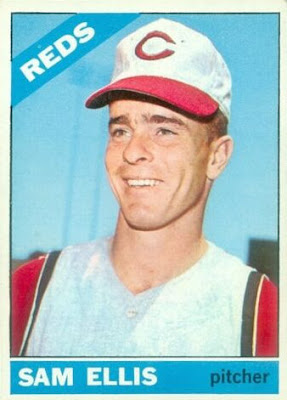 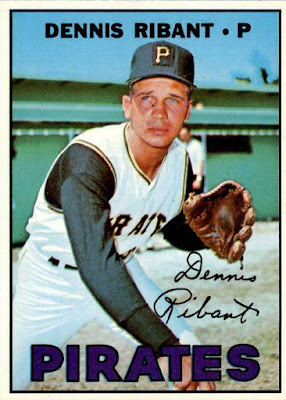 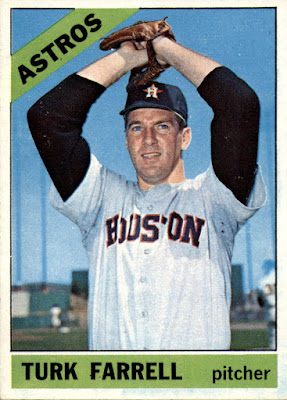 No apparent connection, right?  Well Mr. C has certainly found one. Check this out: 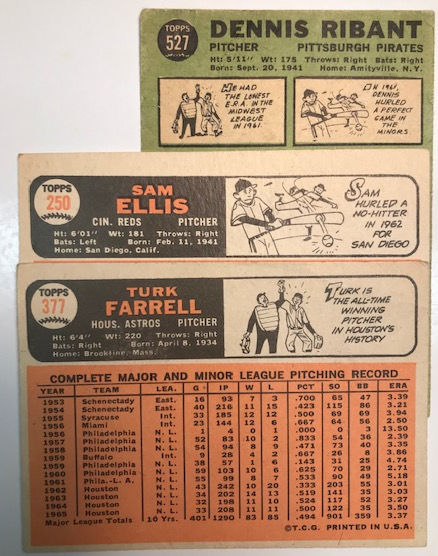 So poor Sammy Ellis had his cartoon hijacked and then changed.  At least both of the noted events were no hitters! Here's a little peek-a-boo or two:

Roy notes regarding the Ribant that "the 1967 finished card's left cartoon has an extra 2 hash marks by the pitcher's left arm. Those are actually a portion of the number "3" from "377", the card number that was written on Turk Farrell's 1966 cartoon. Also, based on the crudely cut and glued 1967 text board, a portion of the pitcher's glove gets covered.  One needs to look at the 1966 card to fully enjoy the full glove detail.  Plus, the 1967 text on the right cartoon was written on separate board, then apparently cut poorly, slicing a bit of the boxed "I" in the word "IN".  The artist or editor had to re-draw the left portion of the I box on the final cartoon."

Here's more from the Ribant card's back, you can see the glove is cut off on the left cartoon and the redrawn point of the I is broken on the right side one: