Well I am approaching my third month of quarantine and I have to tell you, seeing some MLB on TV or maybe the NHL playoffs would be real nice right about now.  Alas......

I thought this would just be a series of random images today but a bit of a gum theme developed, so I just went with it.

1949's Pixie Bubble Gum, which contained an X-Ray Roundup card (the gum and the cards were assigned different names early on by Topps before someone realized it was a stupid idea) and the red cello viewer needed to decipher the back.  I can't say I've seen a pack (emptied of the gum) offered with a viewer before but the card is also missing! 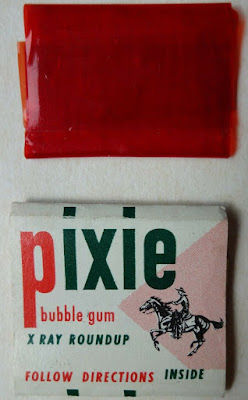 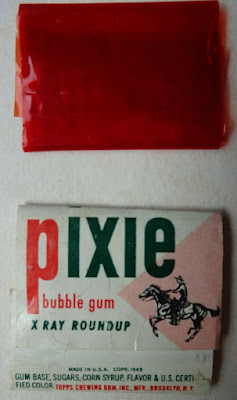 You could send away for a handheld viewer though, via this "waxy" insert found, in this case, in packs of Hopalong Cassidy: 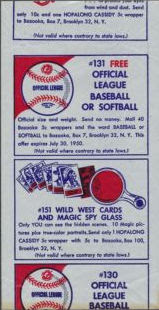 Check out this other waxy insert from A&BC with Bazooka Joe offering a premium scarf of your favorite football club-fab! 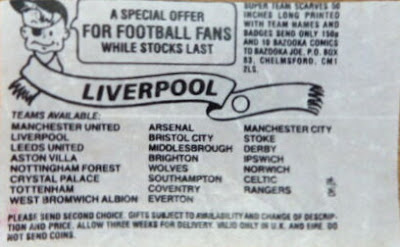 Reminds me of similar 1967-68 inserts from the Topps Baseball and Football packs that advertised or promoted various things.  I tried to determine the date of this thinking it just listed First Division teams and a couple from the Scottish League but there was no correlation.  Seller just had it as being from the 70's.

After Topps tried to resurrect their Mini-Chiclets like Blockbuster gum in a bizarre reusable straw configuration they went with a new name, Gumniks, filled with the product in 1974. Or was it vice-versa?  Either way:

Here's another gum piece that Friend o'the Archive Lonnie Cummins passed along a little while ago.  I can't find any information on it, does anyone out there know anything about it? 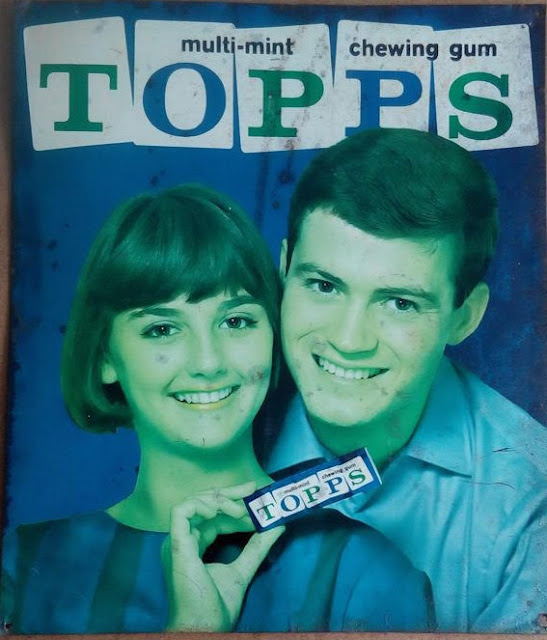 (Update 5/23/20: Found a Grape Gumniks, in all its artificially flavored glory-I loved that flavor as a kid):