Happy post holiday Wednesday campers! Today we take a look at an O-Pee-Chee uncut sheet featuring the second series of 1969 Baseball. It's a good opportunity to also look at a peculiarity of the set (and early OPC Baseball) as well.

The OPC set only consisted of the first two series issued in the US.  That's 218 cards in a year where Topps unleashed a whopping 664 (their largest set yet) in the biggest expansion year the modern sport had ever seen.  That's 109 cards per series in Canada, then finito!  We'll get back to that in a second but first, here's something associated more with T206 cards than Topps, a wet sheet transfer (WST).  This second series sheet is courtesy of Friend o'the Archive Roy Carlson: 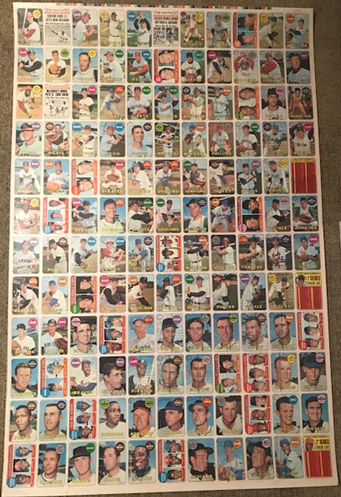 Looks sorta good from a distance although the WST is a bit noticeable toward the bottom of the sheet.  First, here's a portion of the two left hand columns, which are unmarred:

As an aside, you may know this sheet from the 1969 Topps Baseball Mini Stickers issue, where 100 cards were turned into 1/4 size replica stickers.  Anyhoo, it's when you get past those left two columns that things become amiss: 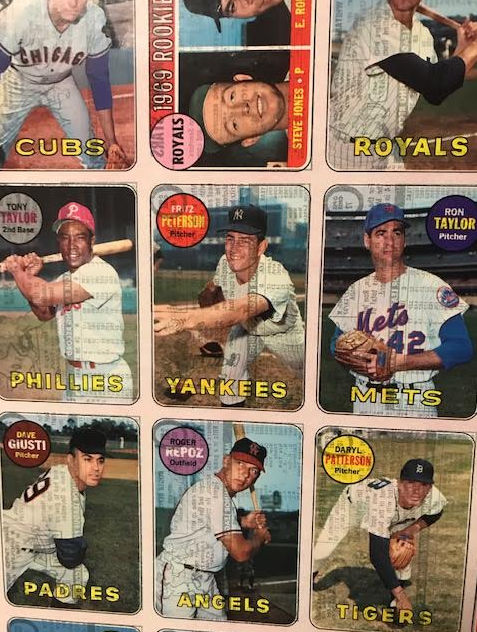 There is the aforementioned WST!  You can see it more clearly on the Dick Schofield and Walter Alston cards: 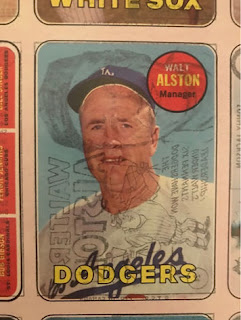 You can see the mirror image black ink that transferred as the sheets were stacked.  Wet sheet transfers are often seen on T206 cards and the like but seem to pretty rare on Topps and OPC cards. 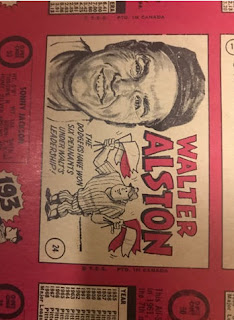 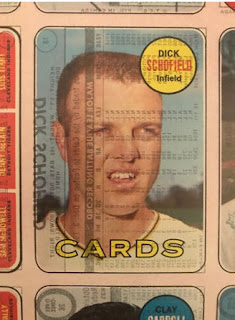 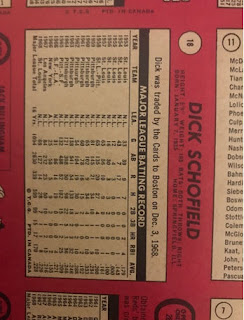 As I noted above, there's also a peculiarity to the OPC set, namely that it includes two series of cards but sports a third series checklist that they actually branded. They had not done this previously (Topps remained) and would not do anything similar until 1973 when some French appeared on the checklists: 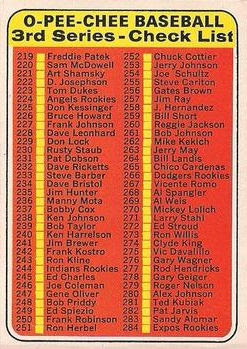 Now you would think that left many a Canadian kid scratching his head when series three never showed up in the year major league baseball finally landed in Montreal but this had occurred previously. Why then in 1969 did they change their approach?  I suspect they intended to issue more cards in Canada but 1969 was to bring the Official Languages Act in September that made French co-equal with English. which could have been a consideration, but these cards would all have been printed well before that. Maybe the date of enactment was fungible (depending on the date of the vote) at press time for series 3 and getting stuck with a set that couldn't be sold legally was an issue?

Take a gander at this comparison of Topps vs. O-Pee-Chee set sizes (List # is for the next series checklist included with the "current" series):


So from 1965-1970 Canadian purchasers had phantom cards to chase and in a couple of those years (1965 & 1967) the line of demarcation was even drawn in the middle of a series! And why did they pull back from fully matching the Topps set count in '72?

Another unintended (or, more likely, ignored) effect can be seen on the reverse though.  Note the Deckle Edge checklist at the bottom on black, neatly displaying all 33 subjects in this seemingly endlessly printed insert set (not counting the Foy & Wynn variations): 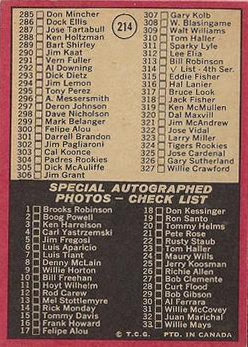 All fine and dandy except the OPC version of these B&W inserts only contained 24 subjects!  Here is Boog Powell (note the black autograph vs. blue in the US): 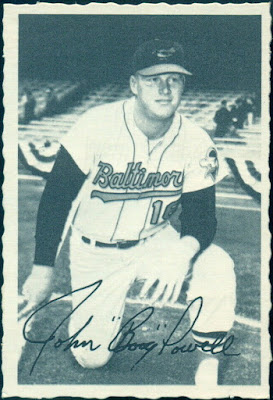 It's even more nefarious when you relaize the backs are blank and not numbered: 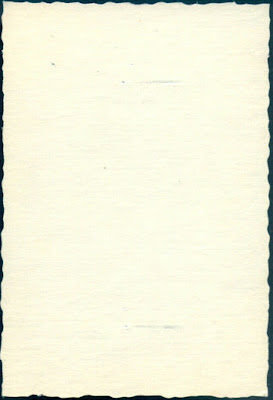 I'll save you all the trouble and list the nine missing subjects:
You would have thought with 24 subjects, one from each team would have been included but no-sirree-Bob!  It is nice though that Staub, who quickly became massively popular in Montreal and was known as Le Grande Orange, had an appearance, even if he is an Astro in the set.  It shows too the Canadian insert set is from the first run of Deckles.  The lone Expo is actually Maury Wills as Staub was traded to Montreal from Houston on January 22, 1969 whereas Wills was selected by them in the National League Expansion draft on October 14 the year prior.  In fact, he didn't last more then three months in Montreal before being traded away to the Dodgers in a homecoming deal.

Fun Maury Wills facts (try to stay with me here)-he was originally signed by the Brooklyn Dodgers in early 1951, ended up being lost to Cincinnati in 1956's minor league draft then ended up back with the now Los Angeles Dodgers in 1958, probably as part of a minor league trade.  The Dodgers then conditionally sent him to Detroit after the end of the 1958 season only to have the Tigers reverse course and do the same, sending him back to LA in 1959 prior to the start of the season.  He started the year in the minors but by early June he had made his MLB debut and ended up securing the starting shortstop job by the All Star break, with a World Series ring to show for all his troubles in October!

I love uncut sheets. Someday I'd like to frame one and have it on my wall. OPC baseball also is obviously how us Canadians experienced baseball cards as kids, although I admit I prefer the Topps version as an adult (it's the opposite for hockey, however).