1969 saw a 20% increase in the number of major league baseball teams with the addition of the Seattle pilots and Kansas City Royals in the American League and the Montreal Expos and San Diego Padres in the Senior Circuit, all of which siphoned players from other rosters in their respective leagues. The entire sport probably seemed like it was on the move when that season's Baseball set was being planned at Brooklyn HQ. Coupled with this, Topps had been embroiled in a dispute with the Major League Baseball Players Association, who were boycotting Topps after Arthur Shorin told Marvin Miller he didn't see his "muscle" in negotiations of licensing fees. That little problem didn't resolve until a large portion of the cards had already been composed.  It was a tough year to get everything straight (a challenge even in quiet ones) and Topps ended up up with a very interesting set, definitely shored up by a solid design.

In the area of challenges, 23 cards from the 5th series (#426-512) ended up with the player name entirely in white letters, where either the given name or surname was supposed to be yellow. Here is the list, courtesy of Friend o'the Archive Bob Fisk; anything else was intended to look the way it did, white letter-wise at least. For the corrected version, substitute yellow for white.

Huggins & Scott have come up with a partial 5th series sheet (and a very informative partial proof) that contains the entirety of the issued white letter subjects and it's a neat little bit of Topps visual history. See the Mick in slot 5 five of row 2 for white-on-white confirmation. 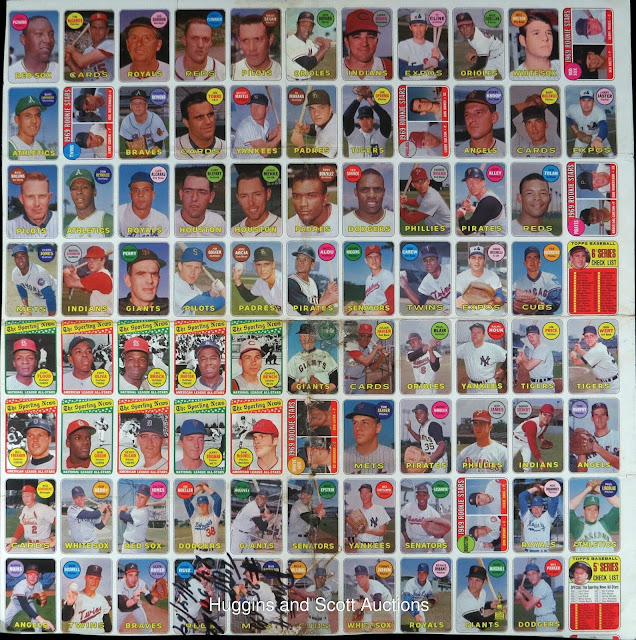 REA had a repaired version with the correct yellow letters awhile back for comparison, although it's a bit fuzzy (sorry): 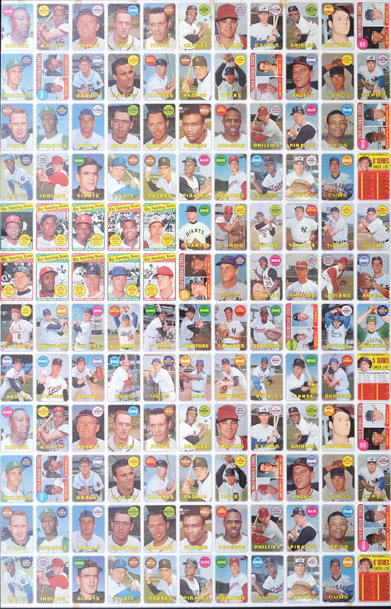 The white letter variant partial does not show the 4 repeating rows (replicating the top four rows) so it's unclear if the white letters were on both impressions of the duplicated subjects (the other half sheet would have the middle four rows from the one sheet at the top of the other then the 88 card iteration below) from H&S.

Also of note are the ten All-Star cards--not because they have variants but because the back of them has the Pete Rose puzzle on this proof: 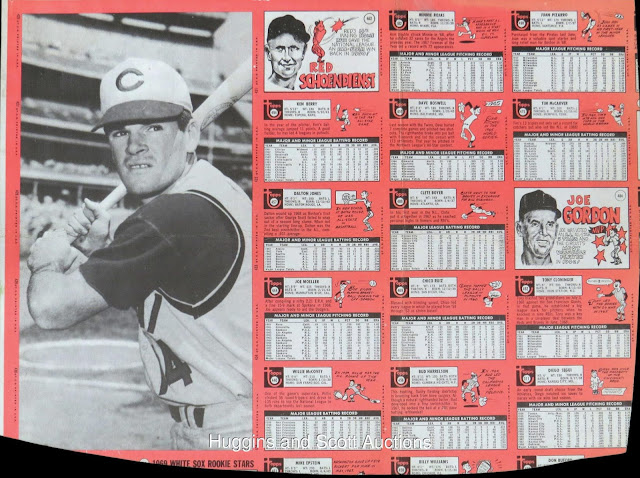 However, the blank front of this proof is where the good stuff is.  Check out this extract: 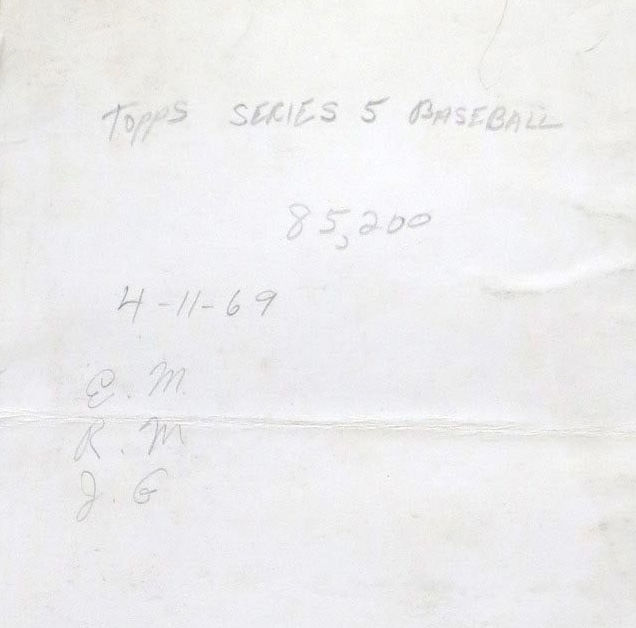 Despite all of its production flaws, I still love this set. I am SO CLOSE to completing the base set and have almost half the WL cards. Great post!