One of the odder Topps test issues over the years, Room 222 exists in both black & white and color versions. The original 44 card test set was most likely the B&W version, featuring the stars of this popular ABC show, which began a five year run in 1969 and one which I vividly recall watching when it debuted.

The cards are identical except for the color' the backs feature puzzle pieces.. 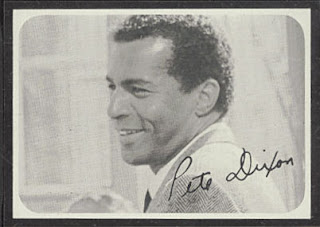 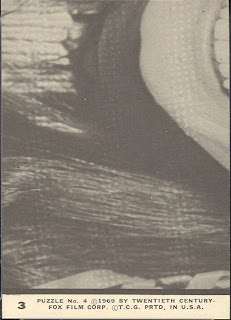 Topps Vault has identified the color versions as proofs and they sell for about twice as much as their black and white counterparts, for which test packs are known. 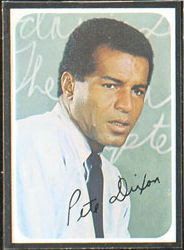 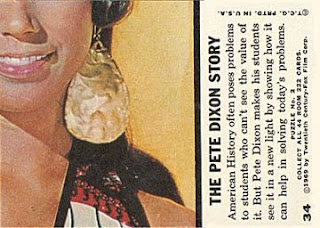 Are there any other Topps sets that have black & white and color versions? There may be one or two others; I have the entire Topps Archives research staff scouring the world right now and will see what turns up.
Posted by toppcat at 4:52 PM

The Beatles? I am unsure if any of the series overlapped between the color and b&w series. Perhaps someone else knows.