I don't think Topps was a major "green" company back in the 70's but they sure were ahead of their time when it came to recycling.

Borrowing a design from the interior of the 1970 and 71 Baseball Scratch Offs and foreshadowing the 1980 version, Topps produced a pair of inserts as the seasons turned 1974 into that were kissing cousins and then followed with a slightly more distant relative.

Inside the 1974 Topps Hockey Packs were these blue scratch off cards: 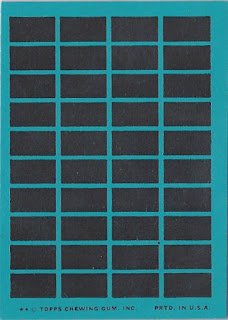 The back very handily gave instructions on how to play the game with a friend: 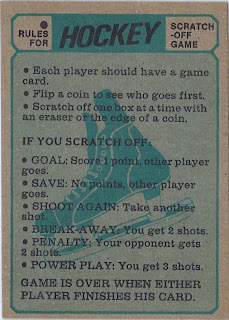 In parallel with this insert, Topps also created one for the basketball packs that was dead red: 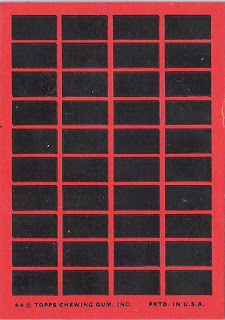 Very close to a 1971 baseball interior, no? Well the instruction back was very close to the hockey version too: 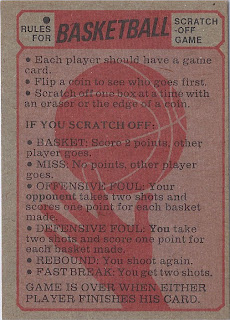 They then came up with garish, dayglo green insert for the 1975 football cards that was close, but not quite, the same as the arena games versions: 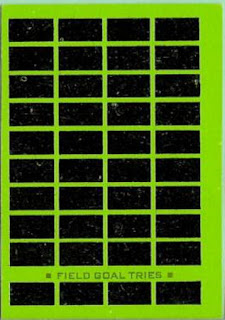 The field goal tries are a great addition! Given the time lag between production of the basketball and hockey sets compared to the football issue, Topps must have felt the inserts were helping move product off the shelves. The back differed a bit from the hockey and basketball reverses as well: 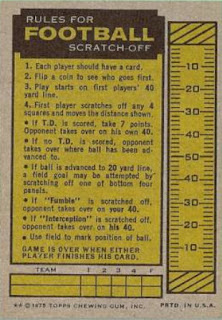 Too bad there was no corresponding baseball version in 75. These three sets really show how Topps would design something and then re-use and reconfigure the design for other issues.
Posted by toppcat at 5:27 PM

I remember playing a whole bunch of those scratch off football games in '75. Fun times.