Well now cowpokes, it's not every day that a handful of supremely rare Bonanza cards come up for auction, now is it?  Well that day is almost here and on February 18th Legendary Auctions goes live with four of these babies: 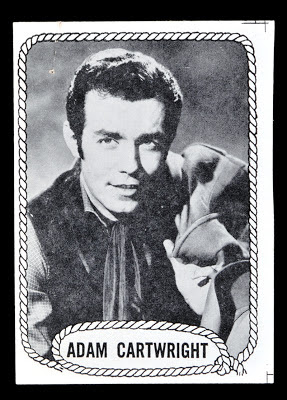 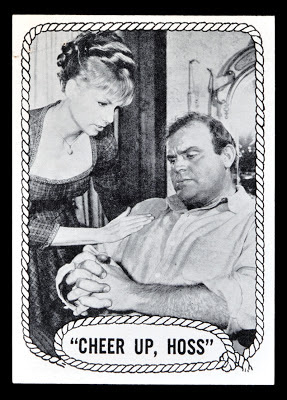 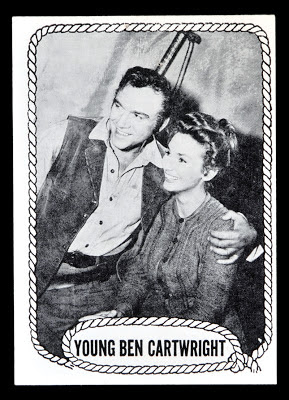 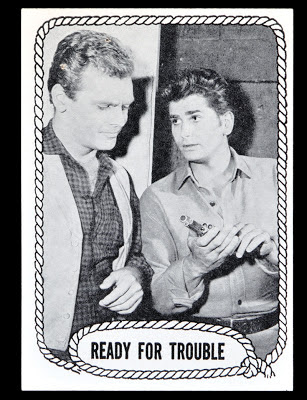 In addition to those four, all of which have staple holes (indicating they were file copies saved by Woody Gelman)  a fifth card is known by name but not by number: 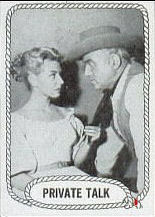 That little splash of red is part of the design based on what I previously posted here a while ago but it is not showing up on the Legendary examples. Since two of the verified cards ("Cheer Up, Hoss" and Ready for Trouble) are now known with and without the red accent, it appears the four new examples could all be proofs. Backs are not typical of Topps at all and may indicate these were produced for in house meetings or a pitch to the Bonanza braintrust: 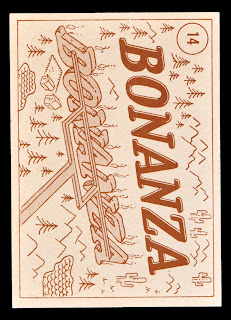 Even the Adam Cartwright card above, which has not been sighted previously by yours truly, was previously know per a checklist in the Non-Sports Bible. When you piece it all together, it seems like there may only be five or six different cards,which supports the in-house production theory quite well. Still, these are finished cards so maybe they got a little past that phase. We'll know in a few weeks what the hobby values them at but I suspect these will be sitting in PSA holders shortly thereafter.