Quite the month when it comes to matchbooks buccos!  As many of you know, the Shorin family under the auspices of youngest son Joseph, ran a chain of Brooklyn gas stations from 1928-38, the sale money from which helped start Topps. Called American Gas Stations (AGS), the firm snapped up properties during the Depression and built over a dozen distinctive looking stations, all of which appear to have been torn down now (one had remained intact until a couple of years ago). I had tracked down a scan of a matchbook from the company a while back and managed to snag an example two weeks ago, although it is rough and miscut. No matter, a scan of a better one was posted here a while back.

So imagine my delight when I found an alternate AGS  matchbook, which arrived here yesterday.  This one is a normal sized version and lists eight or nine AGS stations inside (not sure if HQ qualified).  It is a classic of early 30's design as well:

The number of locations places this around 1932 I think. I googled their HQ and it was basically convenient to the neighborhood where most, if not all, of the Shorin family lived at the time.

And then amazingly I found another matchbook.  This one was another jumbo, or double, and resembled the one previously shown here.  The listing had expired on eBay and the scan could be better but it is different and I think it slots in date-wise between the one above and the one found prior but a couple of details put a kink in the timeline: 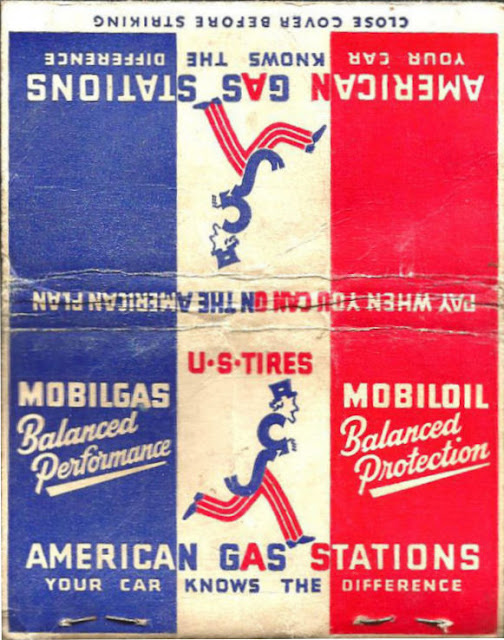 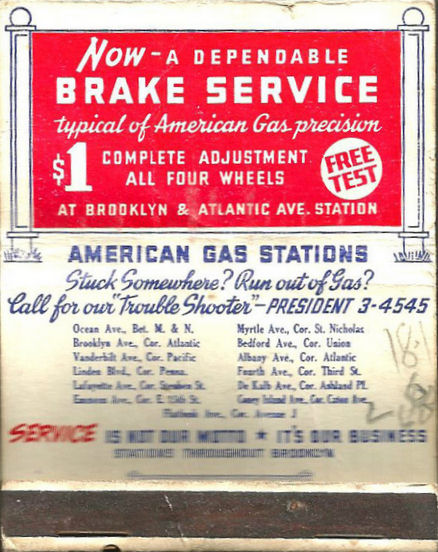 That's thirteen locations by my count, so mid to late 1930's as I believe they had 17 by the time they sold out to Standard Oil.  The one after this details only ten stations but I thought two of them seem to have been purchased in early 1938 but I now think that's incorrect for two reasons: 1) the station count and b) my belief that Mobilgas branding succeeded Socony branding but I could be wrong on the latter point. Oh, I'll just show the other one again: 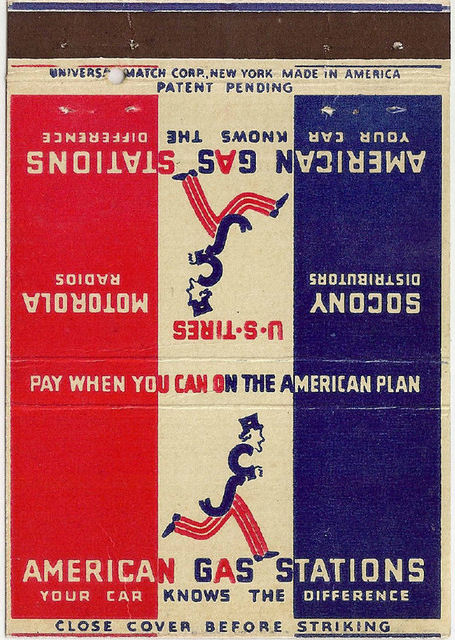 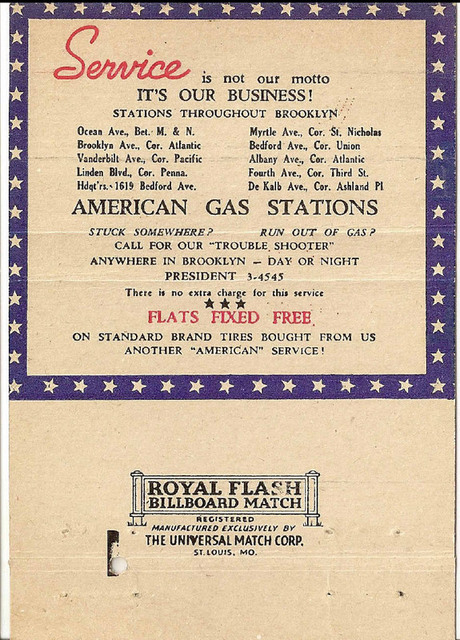