Well eBay ain't what it used to be these days (what is?) but there is the occasional offbeat treasure still to be found there. I stumbled across a few scans for the 1967 Venezuelan Topps album, which is  a fantastic item, moreso because it's meant to house the most intriguing off all the Venezuelan issues licensed by Topps.

Here is a shot of the cover, which confirms a key detail about the set: 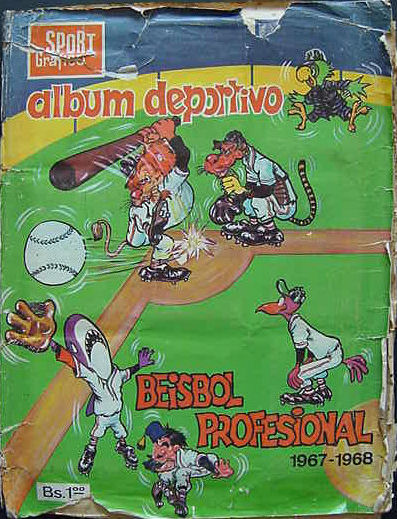 As noted here previously, these sets were issued from then end of one year into the next, as that is how the Venezuelan Winter League season was played.  So the 1967 set is really 1967-68 and the next year's, which mimics the 68 US issue, spans 1968-69.

The interior pages had numbered spots for the entire set and you cansee there was space for all three types of cards: 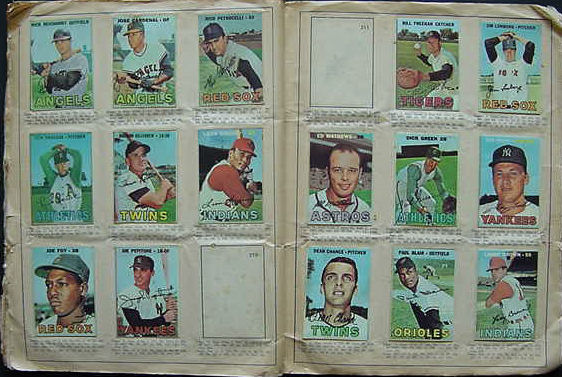 This spread shows the cards licensed from Topps.  The rough shape of the album is pretty typical.  The next page shows some Retirado cards plus a couple of big names: 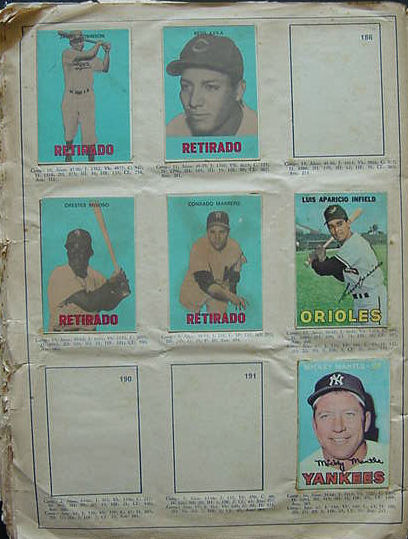 You don't get much bigger than Luis Aparicio in Venezuela and clearly the Mick is the biggest name in the hobby here in the States. 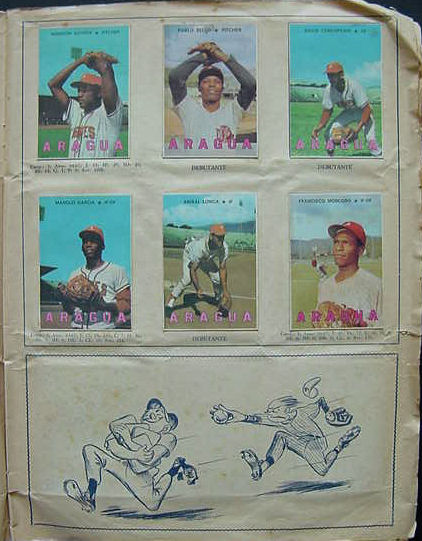 Love the stolen bases graphic at the bottom!  The back cover is illustrated as well: 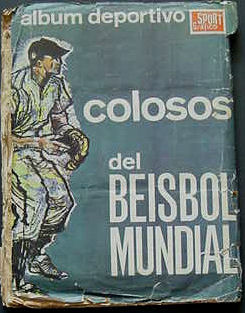 I'll have more on Topps' adventures and misadventures in Central and South America next time out.

I believe I saw an album for the Venezuelan 1964 cards on eBay a few years back....they had an Angels player on the Dodgers...Charlie Dees I think.