Round and Round (and Round)

Right in the middle of various Topps efforts to see if non-team licensed cards and other like items would sell, they managed to release a pretty nice set of 55 baseball players whose mugs served as the underside of lids for a product called Baseball Stars Gum. While the name harkened back somewhat to 1951 and its truncated sets and rancid caramel, the look this time was decidedly modern. It just took four years worth of development to get there.

The first stab at a candy lid set featuring baseball players occurred in 1970. It was a test issue and it must not have done well: 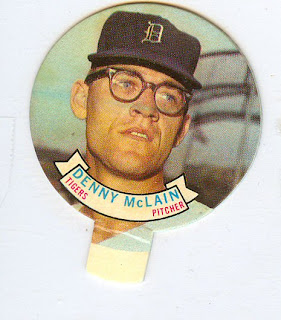 The back was more attractive than the front: 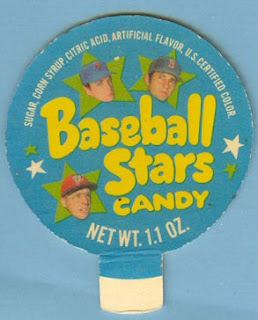 Two hall-of-famers and a popular slugger (ol' Hondo could really rake) is a pretty good array and is what would have greeted purchasers had they stumbled across a box (likely generic white) of these. The green stars are nice too and you will note there are team logos all over the place. The set numbers 24, one for each team at the time.

Too bad Baseball Stars Candy went thud, although it may have been due to the candy as a non-sports set from that year called Rocks O' Gum has lids with pithy cartoons that can be found with much more regularity. There is also a variant called Gum Berries that seems a little tougher than the Rocks, so the gum may have done the trick.

We next encounter baseball player lids in 1972 and Topps learned the lesson of two years prior as well, as we now have Baseball Stars Bubble Gum to contend with, although it was never issued and only exists in various proof forms. In fact, it may just be a transitional design that was modified by Topps: 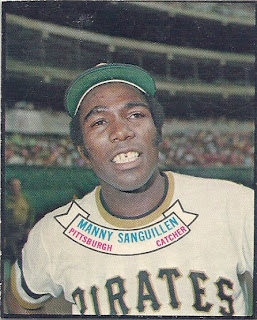 The Sanguillen example above is one variant, some of the 72's are more finished than others: 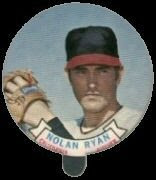 The 72 proofs usually have finished backs: 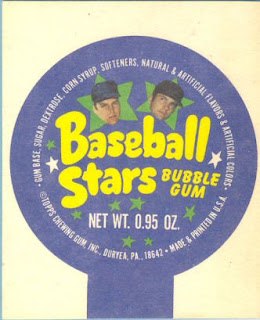 Note the name change and the removal of Frank Howard. Little stars have also been added and the design is a bit more modern than it was two years prior plus a darker blue was used. Like the front, the players have had the team logos removed from their caps. There were 55 different players (possibly 56, there is a discrepancy) proofed. As the 1973 set also had 55 players, the transitional nature of the 72's seems correct to me.

I believe the 1970 lids to be harder to find than the '72 proofs, although the price guides do not necessarily bear this out.

The 1973 set must have been a below average performer. The look though, is decidely above average: 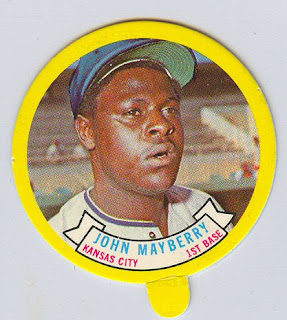 You can see the brightly colored rim makes all the difference. In fact, there were a few different colors, as this peek inside a full box shows (look at the little tabs showing their colors): 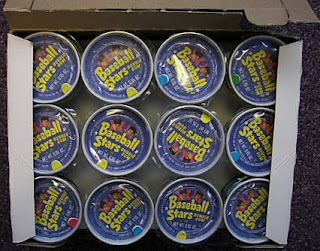 Blue, red and green are showing but orange is also a possibility.

The box cover shows the gum was multi-hued as well: 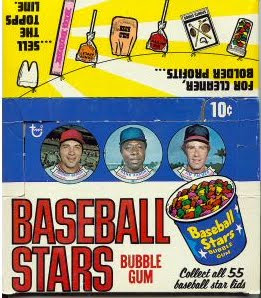 The reverse is similar to 1972's but there is a difference: 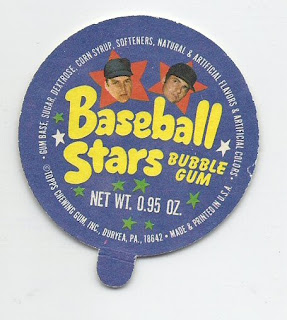 I imagine the stars around the players heads turned red as an attention grabbing device. All caps are logo-less, just like the proofs.

Friend o' the Archive Bob Fisk sent along a scan of a proof process sheet awhile back, I can finally use it, huzzah! 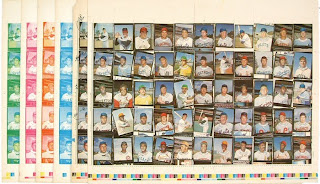 That's just a color test as the players are amidst some assorted detritus (click the pic and see for yourself). Full color individual proofs exist though: 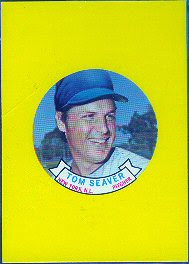 The 73's are not common but neither are they scarce. You can find them with a little digging. Don't eat the gum if you find a tub though as I'm sure they have the texture of moon rocks these days. Ouch!
Posted by toppcat at 6:40 PM